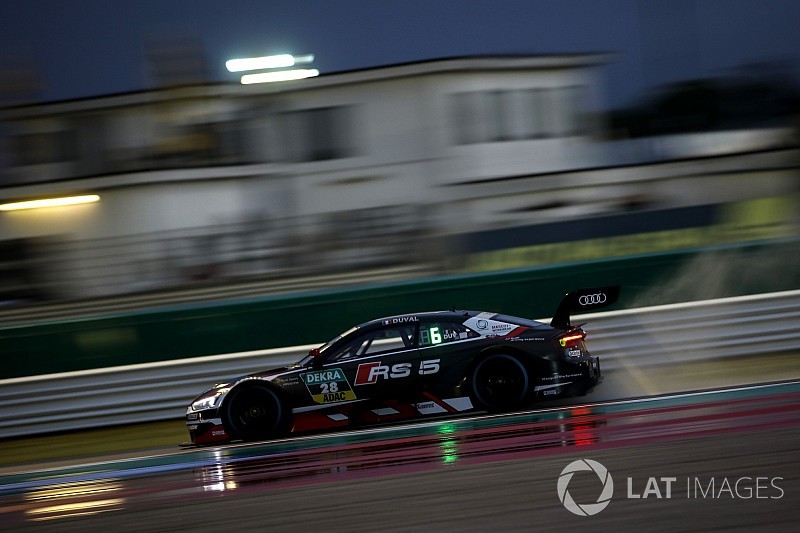 Like on Saturday, qualifying was again held in wet conditions, with the benchmark gradually lowered as the session went on.

It was Nico Muller setting the early pace of 1m49.764s, but Lucas Auer entered the 1m48s range a minute later, before Mortara reached the 1m47s, and subsequently the 1m46s, in the second half of qualifying.

The latter was a huge improvement from Mortara as he went six tenths faster than previous leader Duval, then lowering the benchmark by a further half a second.

Still, this was not enough for pole as Duval fought back, narrowly edging Mortara out with a 1m45.983s.

The Frenchman looked set to take first place as improvements were scarce during the last two minutes, but he improved one more time regardless, securing his maiden DTM pole with a gap of 0.320s.

Mortara claimed second ahead of fellow Mercedes driver Daniel Juncadella, who ended his session by crashing into the wall at Turn 2.

Nico Muller featured in the lead in the early stages but in the end had to settle for seventh.