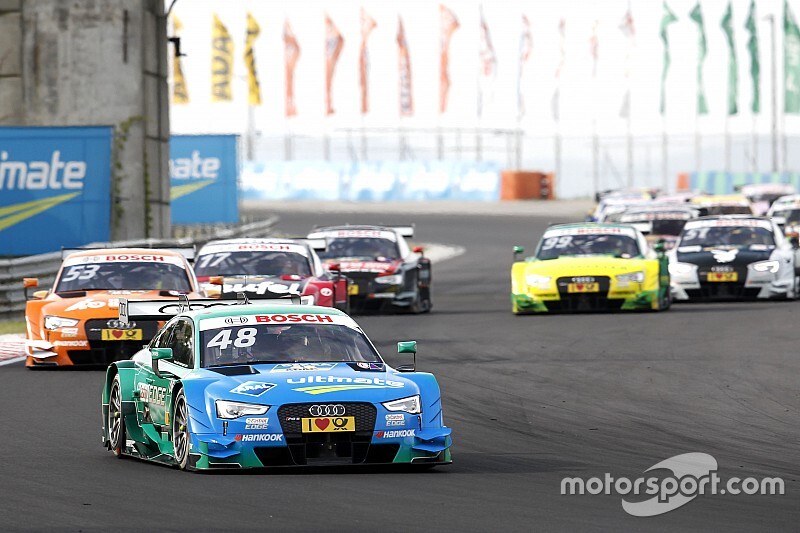 Former DTM frontrunner Edoardo Mortara has expressed his concern over the series' future, and believes it “didn't really evolve so much” over the past few years.

Mortara raced in the DTM between 2011 and 2018, spending six seasons with Audi before making a surprise switch to Mercedes.

Mercedes subsequently withdrew from the series, and Mortara now races in Formula E for its powertrain customer Venturi.

The possibility of Audi following Mercedes' example in exiting DTM and focusing on FE recently prompted anti-FE comments from DTM chairman Gerhard Berger – and while Mortara in response said Berger “should be free to express what he wants”, he used the opportunity to voice his worries over the German series.

“I think at the moment DTM is not really looking so good, obviously I think all these years Audi and Mercedes have done an incredible job trying to keep this championship alive,” Mortara told Motorsport.com.

“If you have Audi leaving, I think it's going to be a big problem for DTM. Not sure that it's going to survive if they leave. And more than keeping it alive - Audi was putting a lot of passion into this championship, and you could really feel it, especially during the Dr. [Wolfgang] Ullrich years, also with Dieter [Gass] after, they were really passionate people.

“And I think that's very important, to have those passionate people at the top of this championship, it's really important, they really make it possible to survive. If they leave, I can see it as a big problem.”

Mortara said that the time he'd spent in the DTM meant the championship's current predicament “for sure hurts”.

“It was a mega championship, the level was always very, very high, you had some really, really talented drivers, also it was amazing, the developments they were doing on these cars.

“There's also a part of me that thinks it's kind of like disappointing and frustrating to see that that championship didn't really evolve so much. They had some changes but it didn't really change so much in a way, and it's a shame.”

Asked whether the DTM could change sufficiently without losing its identity, Mortara said: “I don't know and I don't want to speak too much because I don't want to be the one having too negative comments, I obviously didn't decide anything in that championship and I'm pretty sure that people who are in charge and were in charge already considered all the options and all the decisions.

“I'm pretty sure that when they took the decisions they took, it was for a good reason. Nevertheless there are a few things that I think they probably should have done slightly better.

“Afterwards it's always easy to say, but that's my opinion.”