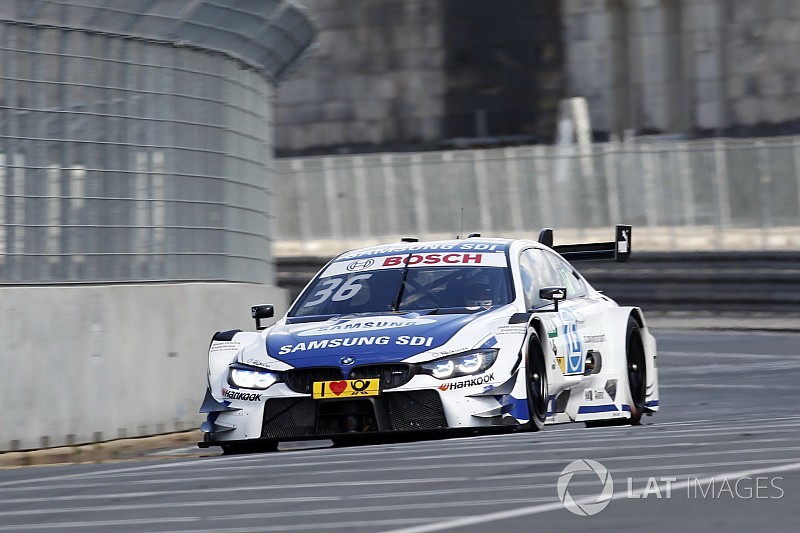 Maxime Martin snatched a last-gasp pole position for BMW in the first race of the DTM weekend at the Norisring.

The chequered flag was already flying when the Belgian’s RBM-run M4 DTM tripped the timing beams to deny Audi’s series leader Rene Rast by five thousandths of a second.

Lucas Auer was at the top of the pile for Mercedes after the first runs, recovering form after his poor weekend at the Hungaroring.

But his former Formula 3 rival Tom Blomqvist was the first to dislodge Auer from the top of the times on the second runs.

The Anglo-Swede didn’t stay on top for long, with BMW stablemate Bruno Spengler moving in front before Rast jumped to the top.

Martin then moved into second place, before his last-lap special put him onto pole.

Spengler and Blomqvist made it three BMWs in the top four, while Auer only found a small improvement on his second set of Hankooks to take fifth – and leading the Mercedes challenge as the Stuttgart marque’s only representative in the top 10.

Audi’s Mattias Ekstrom joins the Austrian on the third row, with BMW pair Marco Wittmann and Timo Glock lining up on the fourth rank.

Jamie Green, on a track where he reigned for many years to the extent that he is colloquially known as ‘Mr Norisring’, could only take ninth for Audi, with stablemate Nico Muller rounding out the top 10.

Muller and Edoardo Mortara were both reported to the stewards for blocking, although no decisions on the matters have yet been taken.