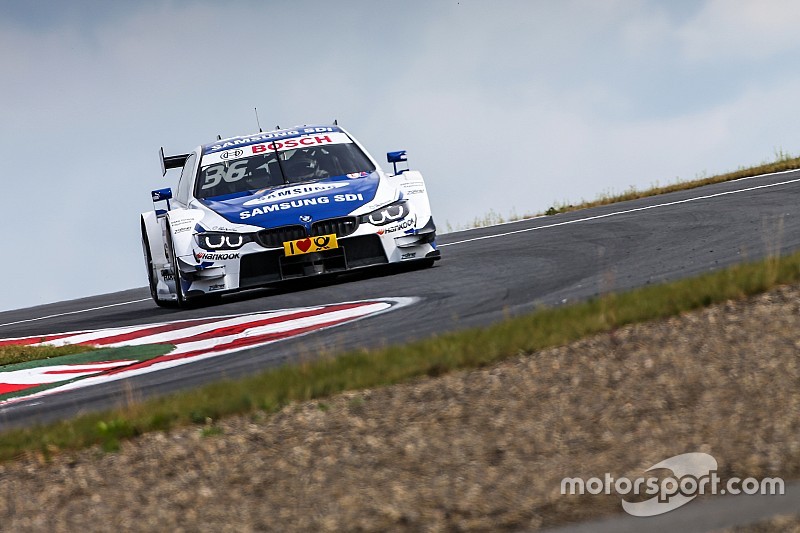 It was a race that was virtually decided at the start, when Martin and Wehrlein battled for the lead into Turn 1. A small collision followed and Wehrlein dropped to fourth behind Bruno Spengler and Edoardo Mortara.

Several other first-lap incidents then brought out the Safety Car and the race was subsequently red-flagged due to debris and oil on the racing line.

Jamie Green was among those in trouble as he had been turned around and got hit by several cars, including his Audi teammates Miguel Molina and Timo Scheider, with all three retiring from the race with heavy damage.

Several cars were tended to during the red-flag period, most notably Wehrlein’s Mercedes as the German himself even got out of his car to have words with Martin.

After the restart BMW was headed for a 1-2 with Martin and Spengler but, on lap 15, Mortara made a surprise move on the Canadian. The Italian pushed through and collided with Spengler in the process, and Wehrlein also overtook the former DTM champion.

The following laps saw a fierce battle between Spengler in a damaged car and the rivals behind him, a puncture on the rear right bringing an end to the BMW driver's efforts.

BMW driver Martin Tomczyk didn’t take the start due to technical problems with his car.