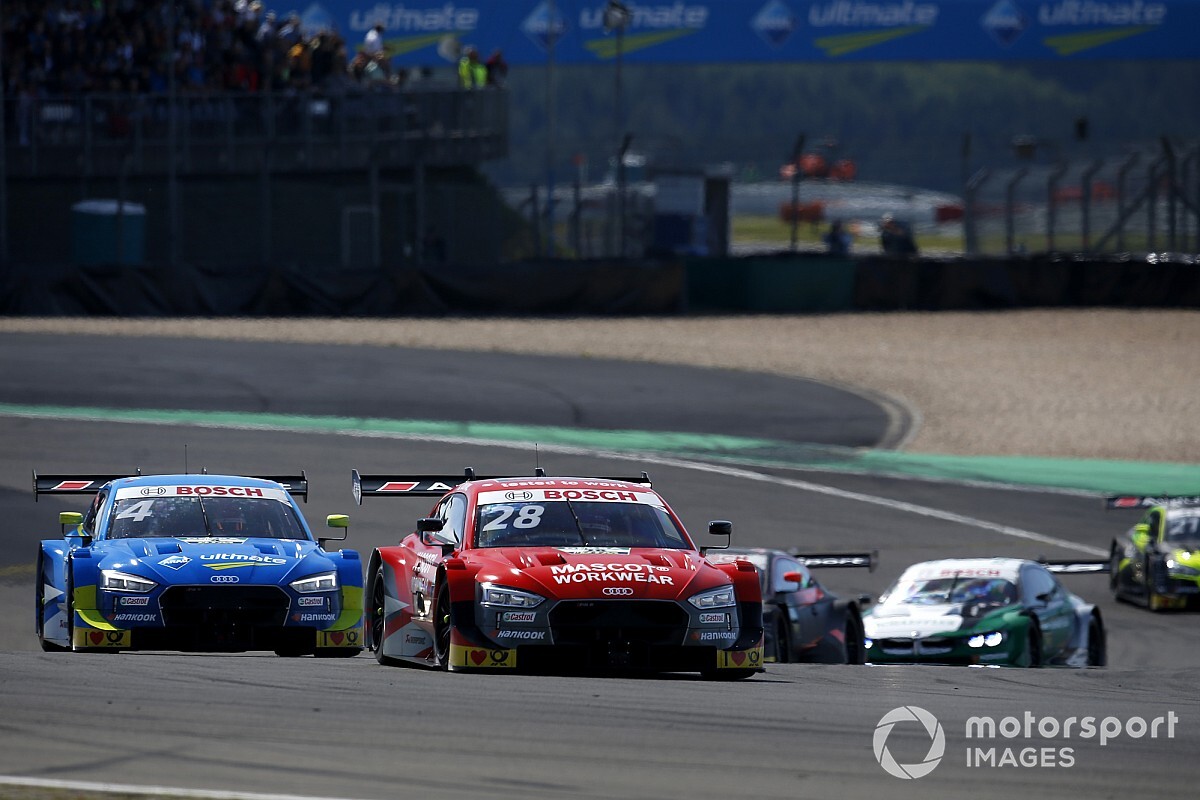 DTM manufacturers have agreed to make overtaking aids DRS and push-to-pass more potent for the 2020 season, Motorsport.com has learned.

The German tin-top series brought in push-to-pass for the 2019 season to complement the Drag Reduction System (DRS), which has been in use since 2013. It offered a boost of 30bhp and could be used up to 12 times in a race, for five seconds at a time.

However, in 2020, this will be upped to 60bhp and 24 uses - meaning drivers will be able to access the extra power for two minutes per race.

In addition, the rules surrounding DRS are set to be loosened. Drivers will no longer have to be within three seconds of the car in front to use the device, while the number of permitted uses will vary from track to track instead of being fixed at 12 laps for each race.

This is to help facilitate overtaking at circuits such as Brands Hatch that featured little on-track passing this year, without affecting the racing at tracks where overtaking is easier.

The new push-to-pass and DRS rules were trialled in this month's Jerez Young Driver Test and are set to be used again at the official pre-season test at Monza in March, although further adjustments to the regulations are possible.