Audi driver Rast took his second podium finish in three races at the Kent venue, following on from his first win of 2018 at Zandvoort, coming home third behind Mercedes pair Paul di Resta and Gary Paffett.

It followed a battle in the early laps with ex-Formula 1 driver Wehrlein, who forced Rast off the road at Druids twice – once on the first lap and again after a safety car restart on lap four.

Wehrlein escaped sanction and finished fourth behind Rast after the Audi driver was able to emerge ahead of his Mercedes rival after both came in for their mandatory pitstops.

“It happened actually twice,” said Rast. “We have the rule in DTM that whenever there is a car next to you on-track you have to leave them room to survive on-track.

“After the start on the first lap he pushed me off exiting Turn 2 [Druids], I hope he would recognise it and learn from it.

“Then after the safety car restart there was the same situation again. I was again on his outside and he didn’t leave me any room, he just ran me off the track, which is obviously not we discussed and agreed to in the drivers’ briefing.

“Obviously I’m a bit upset with that behaviour, I think I’ll have to talk to him in the future. This kind of behaviour we should avoid.” 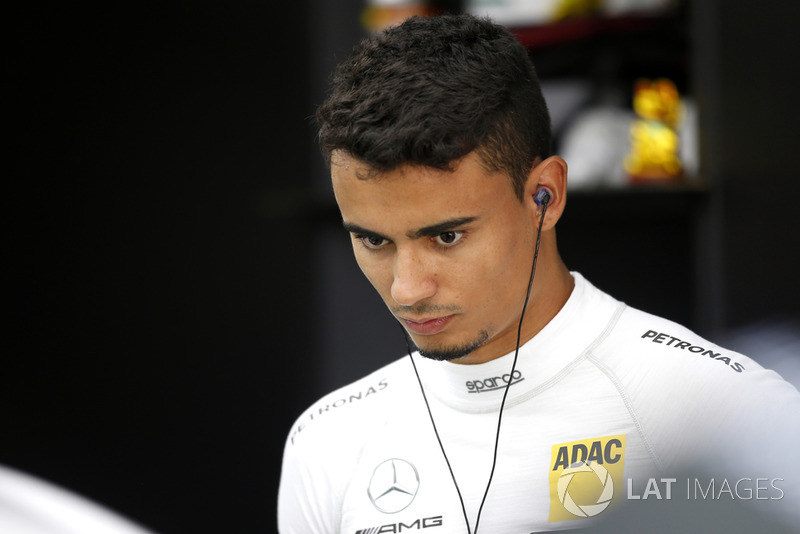 For his part, Wehrlein said he was simply trying to “defend my position with everything I had” from Rast but revealed he sustained damage in the fight.

“I damaged my car a bit as we had contact twice,” said the former Manor and Sauber F1 driver.

“I tried to defend my position with everything I had, so I did in the end but I paid the price for it because my car was damaged and then we decided to pit very early.

“We lost a lot of time with cold tyres and Rast stopped one or two laps later so we lost that position.

"But when I saw that this doesn’t work, then I just drove it home because I saw [Loic] Duval had a tyre failure, so [if] you stopped so early then you’re not far off it.”

Glock admits "not much hope left" of DTM title