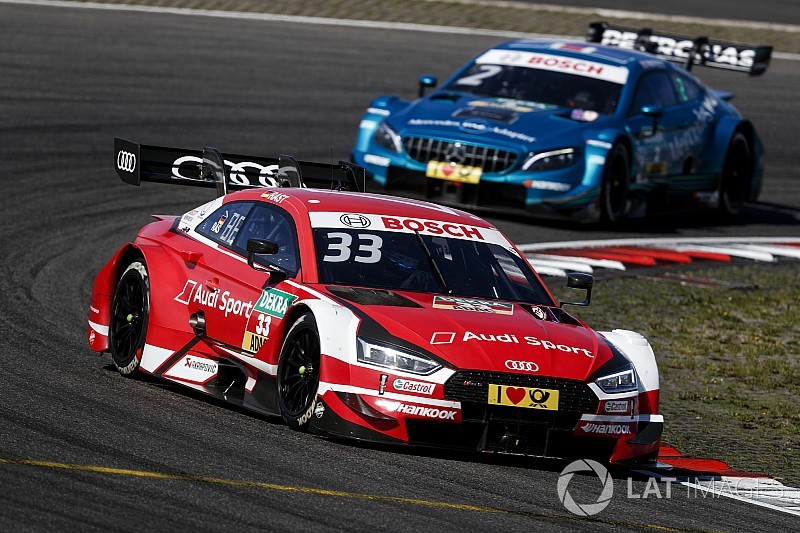 Rast became the first driver in DTM history to take two poles and two wins in a single weekend, and it was his first victory since Zandvoort earlier this year.

Audi has struggled in 2018 as it comes to terms with the reduction in aerodynamic aids and the dominance of Mercedes, but Rast has continually outshone his team-mates to run close to the Mercedes and the BMW chasing pack.

At the Nurburgring, he narrowly beat Gary Paffett to both poles on two last-minute laptimes and eased clear of the chasing pack to build a buffer, as he struggled with tyre degradation the end of both of his second stints.

"Incredible. I'm speechless, I could not have expected this," Audi motorsport boss Dieter Gass told Motorsport.com. "In general, but in particular [because of] where we were coming from at the beginning of the season.

"To get double pole and double win, which has never happened in DTM, is incredible."

Gass added that Rast's qualifying – an area where Mercedes has had an advantage this year – was his strongest performance at the Nurburgring.

"The qualifying pace was the basis for the races," said Gass. "The races were, I tend to say, reasonably similar even though we have to admit I was a lot more nervous on Saturday, you saw from the first lap out of the pits he was not the same as the first stint.

"Bruno [Spengler] came close [to taking the lead]. That was on the edge.

"Today [Sunday] he [Rast] had pressure at the start from Gary but then he opened the gap slightly and looked in control until 10 minutes from the end when suddenly Paul [di Resta] managed to reduce the gap and we got a bit nervous.

"It did look a little more controlled today."

The braces of wins have lifted Rast from seventh to third in the title standings, closing a 93-point gap to just 57 behind new leader Paffett with three rounds remaining.

Rast said in Sunday's press conference that his Nurburgring sweep felt "similar" to winning the title again, having won the 2017 championship as a rookie.

Asked to expand further by Motorsport.com, Rast said: "We made history. Two poles, two victories, has never happened before.

"It wasn't like an easy weekend for us. We still had to manage the poles, still have hard races.

"For me mentally, being in front looks easy but when you see someone closing up from behind and your tyres are completely driven off, it starts to become easy to lose focus and make mistakes.

"It's mentally tough to lead and be in front."

BMW boss Jens Marquardt described Rast's form as "fantastic" and his counterpart at Mercedes, Ulrich Fritz, said it was "stellar".

Rast will be seen as DTM legend in 10 years - Rockenfeller