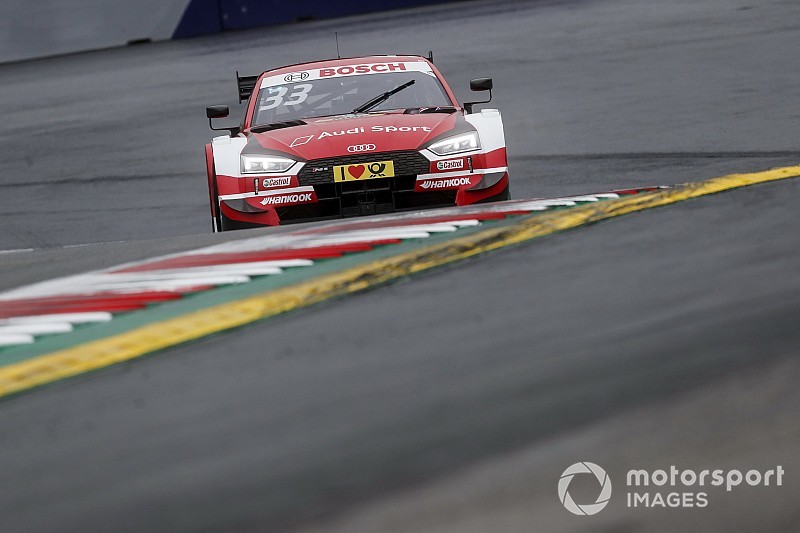 Juncadella was set to win after a race-long battle with Mike Rockenfeller, but Timo Glock's stationary car on track brought out the safety car just a few laps away from finish.

On the restart, Juncadella kept the lead from Rockenfeller, but received a drive-through penalty for a restart infringement just as he began the last lap of the race.

Rockenfeller, now set to win, was at that point followed by Audi stablemates Nico Muller and Rast.

However, Rockenfeller and Muller both let Rast past at the penultimate corner to allow the defending champion to take his fourth win of the season and close the gap to Mercedes' title contenders Paul di Resta and Gary Paffett.

Marco Wittmann was battling for third before the late safety car, first aggressively holding off Rast at Rauch and then Remus as well.

However, Wittmann lost out massively during the safety car restart lap to end up seventh, followed by BMW teammates Philipp Eng and Augusto Farfus.

Gary Paffett salvaged one point despite dropping to last place on the opening lap.

Eng had been tapped into spinning Robin Frijns around at Remus, the Dutchman then making contact with Loic Duval, who himself was hit by Paffett.

Duval retired at the end of the opening lap while Frijns also had to pit with damage, before recovering to 11th.

Juncadella was classified 14th after his penalty was applied.

With three races remaining, Paffett is nine points behind di Resta in the standings, and Rast has closed the gap to 42.