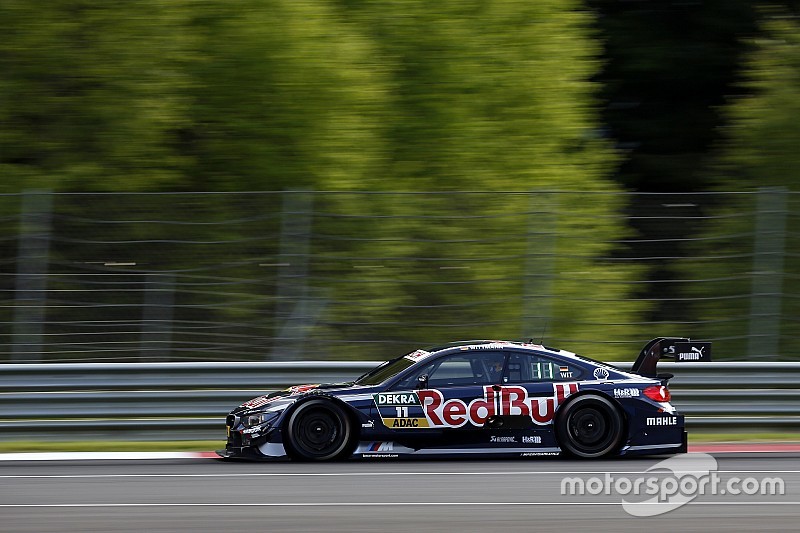 Marco Wittmann and Tom Blomqvist delivered a BMW front-row lockout for the first DTM race at Spielberg, split by 0.019s at the chequered flag.

Mike Rockenfeller's weekend benchmark from practice - a mid-1m23s - was surpassed in virtually no time, with Timo Glock posting a slight improvement before fellow BMW driver Blomqvist produced a mammoth 1m22.814s lap on his second attempt.

However, the Anglo-Swede's lap also did not last, BMW's 2014 champion Wittmann going even quicker at 1m22.795s.

The duo's efforts, unchallenged during the first half of the session, were reflective of the early dominance of the Bayern-based marque, all eight BMW drivers fitting into the top 10 at one point - a stark contrast from 2011, when BMW took only 11 points away from Spielberg.

Audi did pick up the pace shortly before the halfway in this session, Adrien Tambay moving up to third and Edoardo Mortara slotting in right behind.

After a mid-session lull, Blomqvist produced another strong lap, but ended up 0.025s off his best time - his teammate and rival Wittmann likewise narrowly missing out on a better laptime.

As such, the status quo would be maintained at the chequered flag, Wittmann and Blomqvist making up the front row, with an all-Audi row two of Tambay and Mortara.

It was an impressive eighth for top Mercedes driver and championship leader Paul di Resta, the Scotsman followed by Martin Tomczyk and Mattias Ekstrom.