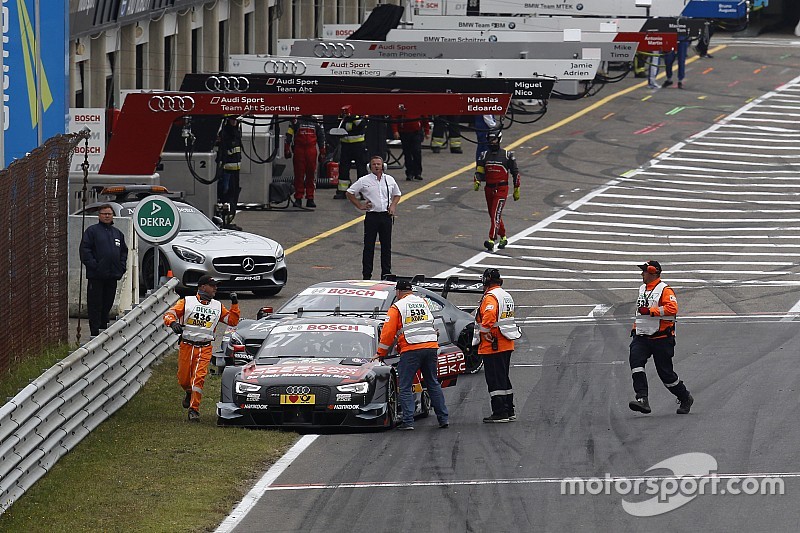 Audi Sport Team Rosberg driver Adrien Tambay has been ruled out of the remainder of the DTM weekend at Zandoort, with Rene Rast filling in for the injured Frenchman.

Tambay was involved in a start-line crash in Saturday's race after BMW's Martin Tomczyk tapped Mercedes' Maximilian Gotz into the Frenchman's Audi.

The resulting accident ended with the steering wheel injuring Tambay's left hand and, after precautionary checks in the hospital, he was ruled out of continuing in the Zandvoort round.

Instead, Audi called up its GT factory driver Rast as his substitute.

Rast, 29, will be making his DTM debut in the #72 Audi, having tested DTM machinery for both Audi and BMW in the past.