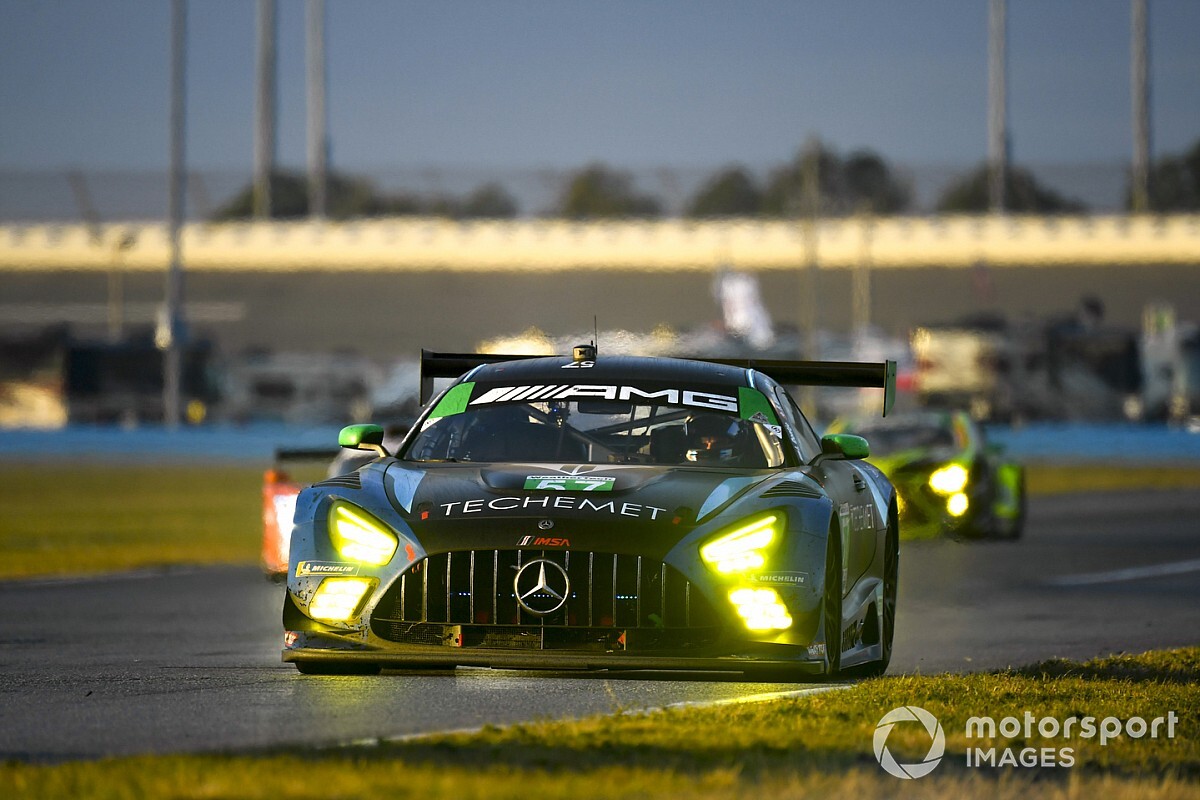 HTP Winward Motorsport and the Haupt Racing Team, two of the most successful Mercedes squads in the GT3 era, are looking certain to be on the grid with factory-supported cars for the scheduled first DTM event of the year at Monza in June.

The two Germany-based teams would join Hong Kong-headquartered GruppeM Racing, which announced its plans to enter the series last year.

Mucke Motorsport, which raced with Mercedes in the DTM in 2005-16, is also known to have had discussions with the marque about racing in the DTM this season.

Motorsport.com understands that HTP and HRT are close to finalising their deals to run the Mercedes-AMG GT3 in the new-look series after its switch from the Class 1 touring car rulebook.

A spokesman for Mercedes-AMG Motorsport confirmed that HTP and HRT are among the teams in discussion to represent the marque for its first DTM campaign in the series since 2018, but stressed that no deals have been done.

He explained that it is likely that there will be "four to five" AMG GT3s spread across three teams racing in the DTM in 2021.

It is understood that HTP and HRT intend to run two AMG GT3s alongside the single-car entry revealed by GruppeM in November.

The plans of the Mucke team, which ran Audis in last year's ADAC GT Masters, are known to be at a less-advanced stage.

HTP, HRT and GruppeM have all raced as so called Mercedes AMG 'performance' teams in major GT3 championships.

This typically means that they are loaned drivers from the factory-contracted pool and receive some financial assistance.

Asked if Mercedes would be providing factory support to the teams representing it in the DTM, the spokesman replied: "It depends on which teams want to participate — they might be performance teams or pure customers."

HTP, whose American ownership since late 2019 is reflected in the Winward suffix to its name, won the 2013 Blancpain Endurance Series and the overall Blancpain GT Series title in 2016 with Mercedes.

It also triumphed in the GT Daytona class for GT3 machinery at last month's Daytona 24 Hours, the opening round of the IMSA SportsCar Championship.

HRT was established by veteran driver Hubert Haupt last year when he took over the major operations and programmes of the Black Falcon squad, which won the Nurburgring 24 Hours for Mercedes in 2013 and '16.

GruppeM represented Mercedes across the full Intercontinental GT Challenge in 2019 with a roster of factory drivers and also won the FIA-sanctioned GT World Cup at Macau in the same year with Raffaele Marciello.

Mercedes appears to have changed its stance toward the DTM over the winter.

It is understood that it was initially against supporting teams racing its GT3 machinery in the series, but has now decided to provide some assistance.

This was reflected in the DTM being mentioned last week when it laid out its programme in the GT3 arena for the coming season, with the marque stating that it will be represented in the series by multiple teams.

It is unclear how many factory drivers Mercedes will be able to place in the series given its commitments in other championships.

Mercedes has added Daniel Juncadella, who raced for the marque in the DTM in 2013-16 and '18, and former Bentley driver Jules Gounon to its roster for this season.

Yelmer Buurman and Adam Christodoulou are no longer full-factory drivers but are both expected to continue to race Mercedes machinery in the coming season.

It was confirmed on Thursday that Buurman will again drive for the Ram Racing Merc team alongside Ian Loggie in the British GT Championship this year.