Motorsport.com begins its annual countdown of the biggest stories in racing with a look back at a first-of-its kind crossover race between SUPER GT and the DTM at Fuji Speedway. 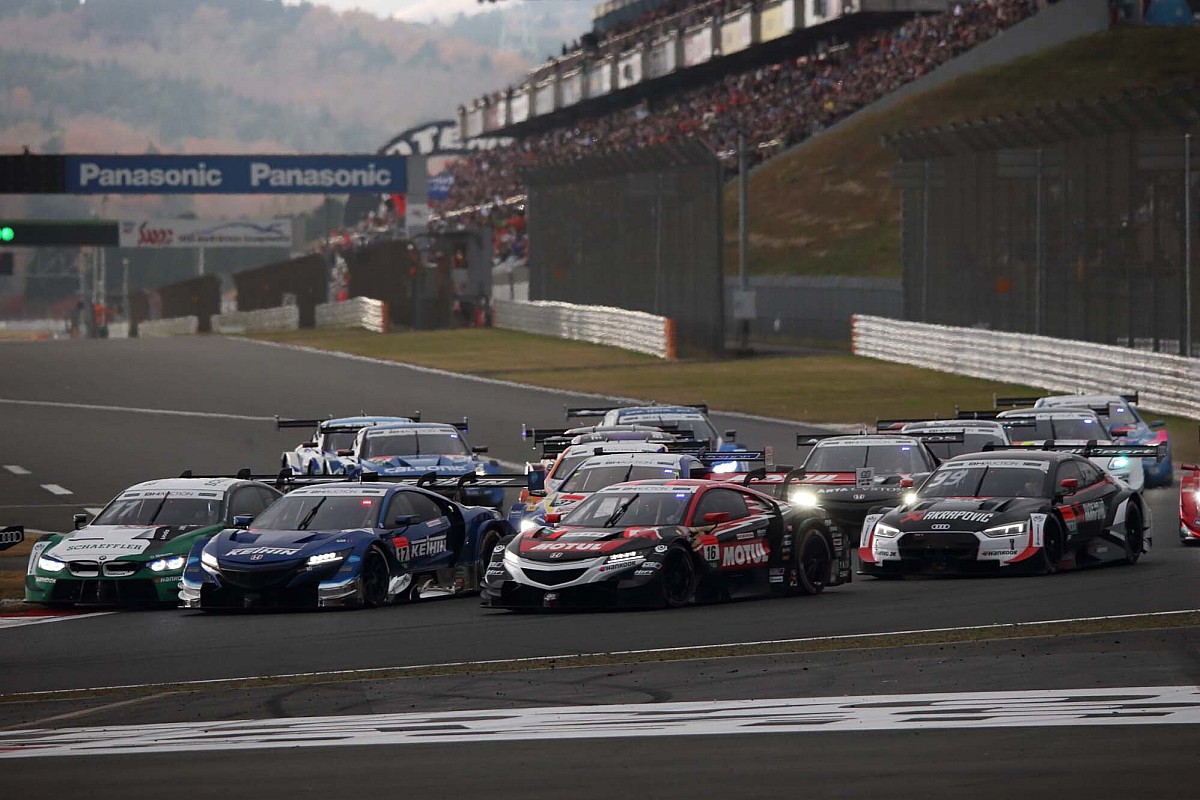 DTM and SUPER GT had been trying to collaborate on several areas since the start of the decade, but apart from adopting a common chassis, little progress was made in aligning the two series.

That changed when Mercedes quit the DTM at the end of 2017 to join Formula E, sending talks between the championships into overdrive. A common set of regulations - dubbed Class One -  as quickly agreed, along with a pair of joint races.

The latter was always going to be hard to pull off, with logistics, scheduling issues and cultural differences all serving as stumbling blocks. However, after a pair of demo runs and a wildcard appearance for SUPER GT at the DTM finale at Hockenheim, the joint race finally became a reality at Fuji in November.

True, SUPER GT and DTM failed to live up to the initial promise of hosting two separate joint race weekends, with the European event never materialising, but the fact that the Fuji meeting did go ahead as planned shows how far the two series have come since they first opened talks of an inter-series collaboration.

And the event was a resounding success, with over 50,000 spectators flocking to Fuji over the weekend, and the international audiences also giving it a thumbs up.

Perhaps a smaller-than-expected DTM field, including the absence of R-Motorsport Aston Martin, took some of the sheen off the event, but the presence of champions in Rene Rast, Marco Wittmann and Mike Rockenfeller meant there was no shortage of top-class talent.

With the event now concluded, questions are already being asked about how the two series plan to take their collaboration forward. But as things stands, doubts continue to linger over the future of the Class One concept

While a winter series and even a full-blown world championship have been mooted as possible targets for the future, little progress towards such lofty goals seems likely next year. In fact, some paddock figures have already doubted that a second Dream Race will take place in 2020, with both costs and organisational headaches cited as key hurdles.

Then there’s the added element of the Class One regulations themselves, which represents the foundation of the collaboration between SUPER GT and the DTM - and will be key to any further joint outings between the two series.

While the regulations have been designed to ensure parity between two series, SUPER GT - which will officially adopt the ruleset next year - will continue to enjoy the benefit of increased horsepower and more sophisticated aerodynamics over DTM.

At Fuji, the DTM cars were without their push-to-pass and DRS aids and the SUPER GT cars were the class of the field on pace. Nick Cassidy was untouchable from start to finish in Race 1, while the DTM field likewise failed to chase down Narain Karthikeyan on Sunday, despite the pack being bunched up three times by safety cars.

DTM manufacturers may have not publicly raised their issue of their lack of competitiveness in what was only an exhibition race, but it’s hard to see how they would sign up for a championship with that kind of performance deficit.

If SUPER GT and DTM want to take their tie-up forward, further work needs to be done on converging the performance of cars, whether that's through tweaks to regulations or via Balance of Performance - the latter considered but never used at either Hockenheim or Fuji.

Long-term, SUPER GT and DTM must also do the groundwork for their next set of regulations to prevent the two series from drifting apart from each other. Already, the two championships have adopted opposing stances towards a future switch to hybrid engines - and it would be nearly impossible to maintain parity if they do indeed go down separate paths.

Three years ago, few could have imagined SUPER GT and DTM sharing the track for a spectacle that drew worldwide attention. But for it not to be remembered only as a curious historical footnote, plenty of work lies ahead for both championships to make Class One fit for purpose.