Winless Frijns not satisfied by being top Audi finisher 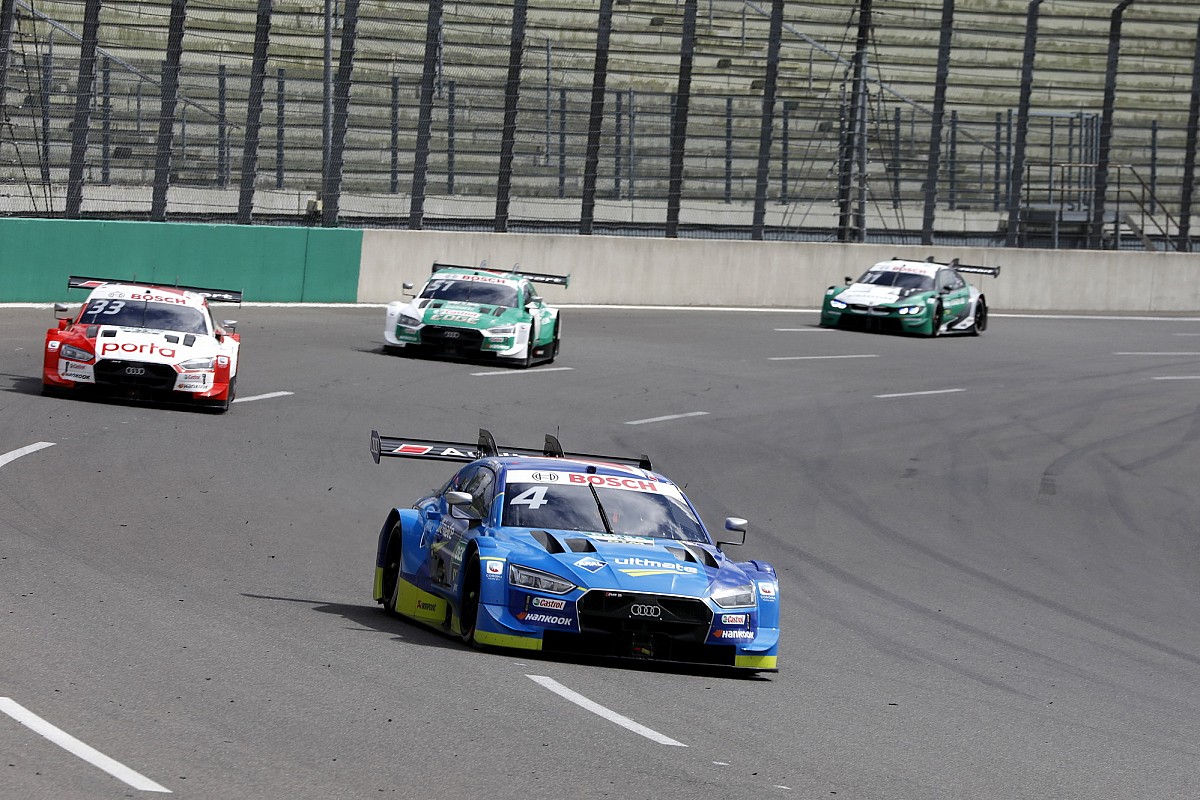 Robin Frijns says he can’t be satisfied by being Audi's top finisher in last weekend's second race at the Lausitzring, as he continues to chase his maiden victory in the DTM.

Frijns finished as the top Audi driver in third during Sunday's race behind race winner Lucas Auer and second-placed Timo Glock, who both came through from the lower reaches of top 10 to deliver a 1-2 finish for BMW.

The Dutch driver had led the first part of the race from pole position but dropped to seventh after a decision to wait until lap 19 of 34 to make his pitstop, which ultimately handed the BMW drivers the advantage they needed to leapfrog their Audi rivals.

He eventually managed to claw his way back the order to finish third, passing Jamie Green on the sprint to the finish line to snatch the final podium spot by just 0.202s.

Frijns has stepped up his game in his third season in the DTM and has consistently emerged as the strongest challenger within the Audi stable to two-time champion Rene Rast and Nico Muller, but hasn’t been able to break his victory duck, despite scoring four pole positions in the first six qualifying sessions.

Asked if he took satisfaction in beating Rast and Muller in a straight fight, Frijns said: “Obviously I’m here to win races, whoever is the quickest guy is the guy I could beat.

“Today BMW did a good job and they were the ones to beat today and we didn’t. So it doesn’t matter if I fight for P5 with Nico or Rene, I’m here to win.

“Starting from pole you want to stay there. In the beginning leading I felt more comfortable on race pace wise than I had before. I think Rene and Nico had similar pace behind me.

“We boxed on lap 19 and then we wouldn't really use the advantage we had on new tyres because of all the people in front of me, I came out P7, and everybody was using DRS so overtaking was getting really difficult.

“But at the end people were running out of DRS and I was saving because I couldn’t because I was leading [early on] so had more us. To finish eventually P3 is not bad, but I’m still waiting for that first victory."

Audi teams have come under criticism for their decision to not react to the early pitstops of BMW drivers, and Rast admitted that they were too occupied with the on-track battle between he, Muller and Frijns to look at the bigger picture in the race.

However, Frijns said that the decision to follow a conventional pitstop strategy was based on the data from practice and Saturday's first race of the weekend - and didn’t take into account the change in temperature on Sunday.

“No, if we would have won today, we won’t get this question," Frijns said when asked if strategy was a weak point for Audi.

"We’ve seen in the last few races at Lausitz at the end [the tyres] were dying. If you see Saturday’s race, pretty much everybody was struggling in the last five laps.

“So we expected similar cases today, which was not the case. We had the perfect temperatures for the tyres to just hold on to.

“But as a driver you listen to your team in the sense that you obviously see your pitboard. You don’t know what’s going on with other drivers around, when they box or where they are virtually. It’s always difficult to say at the end.”

Kubica losing 90% laptime on straights in the DTM