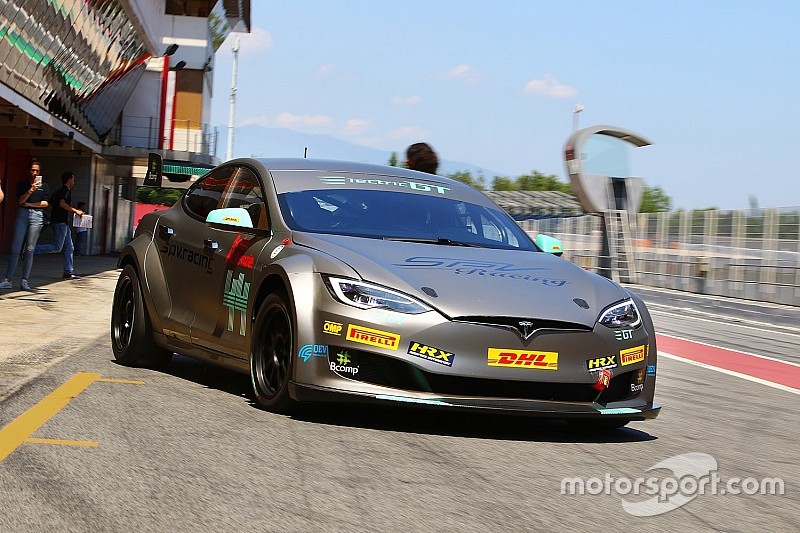 The Electric GT organisation has announced that the start of the inaugural season of the Tesla-based Electric Production Car Series has been postponed.

The series revealed an eight-round calendar back in April that was supposed to get underway with an event – supported by dedicated eKarting and eSports series – at Jerez on November 3-4.

EGT has since delivered its first race-ready Tesla Model S P100DL and announced a five-year technical roadmap for the EPCS, but is now delaying the series' launch as it seeks a lead investor.

When it was first announced, the series was originally set to launch in 2017.

"Accelerating development in both electric mobility and sustainable energy means 'The Age of Light' will fast be with us," EGT CEO Mark Gemmell said in a statement shared with Motorsport.com.

"The Age of Light is a vision that has driven us for over three years to build an Electric Production Car Series that excites and inspires, and it is now close to final launch.

"The final ingredient is confirming a great lead investor who shares our vision of clean energy and transport, which is fundamental to launching the championship at the highest level possible.

"The championship start date will be set once this lead investor has been confirmed.

"As any start-up, we adapt and test our strategy to make sure the timing is right and the market ready.

"In creating an engaging and inclusive championship, we want to be open with our fans and supporters as we close in on this final step to bring the racing we all want to see."

Motorsport.com understands that if a lead investor can be brought on-board, then EGT intends to start the EPCS in the first half of 2019.

Although SPV Racing remains the only team to have committed to entering the EPCS so far, it has been suggested that several other squads are interested in joining the championship.