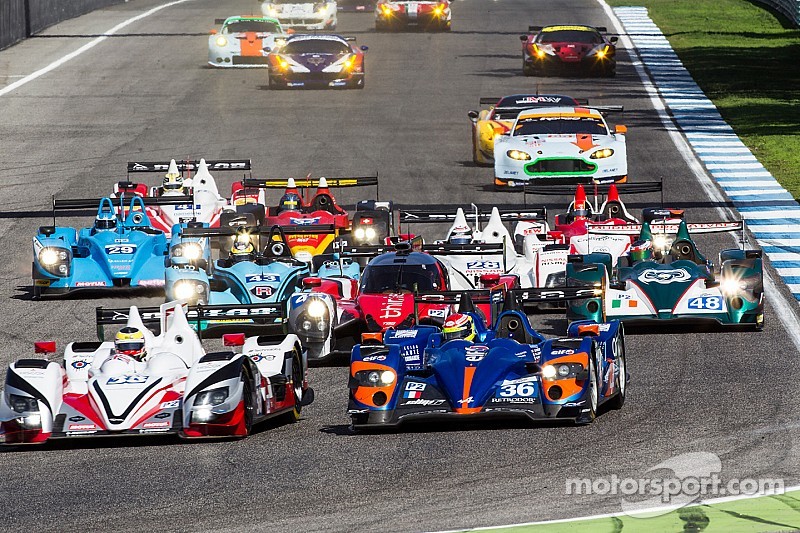 The 2015 ELMS entries were announced in Paris today with 34 cars confirmed in the four designated classes. The five round series takes in 4-hour events at Silverstone, Imola, Red Bull Ring, Paul Ricard and Estoril.

A mixture of existing and new teams will take part this season. Jota, Pegasus, Greaves, Thiriet by TDS and Murphy all return, while Krohn Racing with their Ligier JS P2-Judd and Ibanez Racing with a pair of Oreca 03R-Nissan cars are among the fresh faces. The Ibanez team are aiming to bring the Wolf name back as a constructor in 2016.

The Greaves Motorsport entered Gibson 015S has announced Johnny Mowlem as a driver.

As revealed yesterday on Motorsport.com, the SMP Racing team is confirmed as entering two of the new BR01 machines. Further entries that will make their debuts in ELMS this tear are the Portuguese Algarve Pro Racing outfit with a Ligier JS P2 and Eurasia Motorsport with an Oreca 03R.

Signatech and Race Performance to not take part

The champions from the last two seasons – Signatech Alpine are not entered for the series. Also missing are former ELMS regulars Race Performance, whose plans remain unclear.

The new LMP3 is an all-Ginetta affair with Team LNT heading the entry with two cars, on for multiple Olympic gold medal winner - Sir Chris Hoy. Hoy will be joined by Charlie Robertson as he pursues his quest to race at Le Mans in 2016.

Further season entries in LMP3 come from the recently announced Villorba Corse team, Lanan Racing, the Spanish run SVK by Speed Factory, Rollcentre Racing and the University of Bolton. All of the LMP3 entries will use Nissan engines and Dunlop tyres.

The stand-out LMGTE entries are the BMW Sports Trophy Marc VDs team with a Z4 for Andy Priaulx and a Porsche 911 RSR for Proton Competition.

Aston Martin is represented by the Danish – Massive Motorsport squad. Casper Elgaard is the nominated driver.

SMP Racing to concentrate on ELMS in 2015