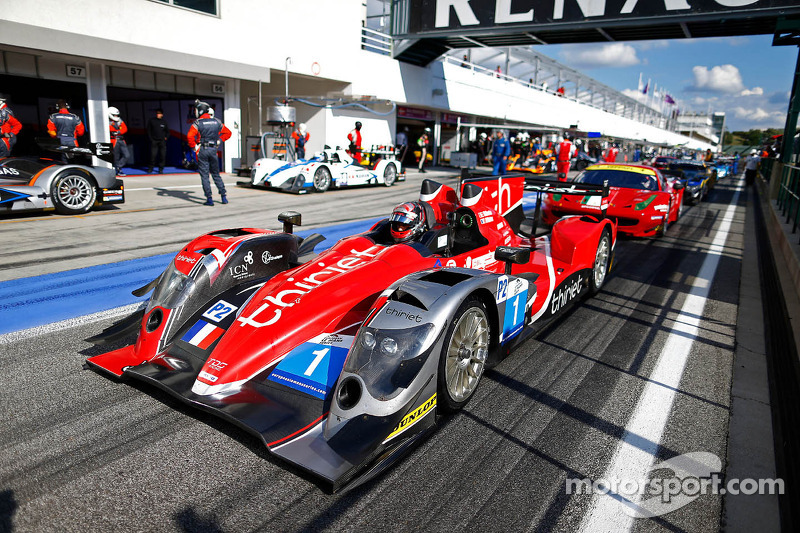 Ten prototypes will be on the LMP2 and LMPC grid and there will be 16 LMGTE and GTC cars.

After a great race at Hungary on September 14, in quite challenging weather conditions, the meter is running for everyone as the season's finale approaches. The European Le Mans Series' teams and drivers head towards the Paul Ricard Circuit to see who will be awarded the titles in each category at the close of the very last race of the 2013 season.

Ten prototypes will be on the LMP2 and LMPC grid and there will be 16 LMGTE and GTC cars. A total of 26 cars will therefore make the journey to the South of France for a finale at which everyone's desire to win will be even greater than normal.

Thiriet by TDS Racing (Pierre Thiriet and Mathias Beche) and Signatech Alpine (Pierre Ragues and Nelson Panciatici) are tied in the LMP2 standings with 73 points each. The fight for the 2013 LMP2 Trophy won't be easy, and the two French teams will also be battling to win an invitation to the 2014 24 Hours of Le Mans. Suffice to say "there will be racing!”.

Simon Dolan and Oliver Turvey will drive the No.38 Zytek Nissan Z11SN of Jota Sport, currently third in the championship and they will do whatever is in their power to attempt to move up in the final classification. Mathematically, if a problem occurs with either or both of the first two, they can still claim victory. For the last race of the season, Michel Frey will drive the No.34 Race Performance ORECA Nissan alongside Swiss driver Marcello Maratetto.

Christian Klien continues with Natacha Gachnang at the wheel of N°43 Morgan Judd of Morand Racing. After its first podium in Hungary the Murphy Prototypes are on full charge. Brendon Hartley and Jonathan Hirschi fully intend to repeat the experience and take the Irish ORECA 03 Nissan to another podium finish to close a great season. Within Boutsen Ginion Racing, new driver Alex Kapadia was more than delighted with his Hungarian experience and will be back with the team for the French round.

His co-driver(s) will be announced shortly. Finally, in the SMP Racing ORECA 03 Nissan the Italian-Russian crew of Maurizio Mediani and Sergey Zlobin – improving steadily since their LMP2 debut at the Red Bull Ring – will further attempt to improve their results in sports prototypes.

In the LMPC class Gary Hirsch and Paul-Loup Chatin will be keen to back up their good, season-long performance at the wheel of the No. 49 Team Endurance Challenge FLM09 and seal the title. Two points will be enough to stay supreme in LMPC. Soheil Ayari and Anthony Pons, driving the team's second car (No.48) will undoubtedly give all they can right to the finish. 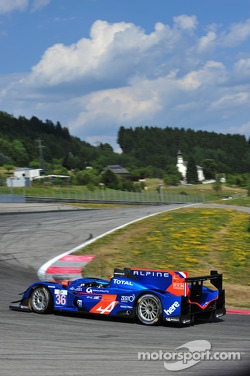 Consistent since the beginning of the season, LMGTE will consist of five Ferrari F458 Italias and three Porsche 911 GT3 RSRs. Ram Racing, although still leading the overall standings with the No.52 Ferrari of Matt Griffin and Johnny Mowlem, will however have to be on their guard with the threat coming from the No. 77 Proton Competition Porsche driven by Christian Ried, Klaus Bachler and Nick Tandy, winners of the last round.

The second Ram Racing Ferrari (No. 53 - Gunnar Jeannette and Frankie Montecalvo) is third in the standings and will be fighting to retain its position. Indeed, Piergiuseppe Perazzini, Marco Cioci and Federico Leo will be keen to mount the third step of the podium with the No.55 AF Corse car.

Pole-setters in Hungary, Andrea Bertolini and Joel Camathias will drive the No.66 JMW Motorsport Ferrari 458, while the final car from the Prancing Horse stable (No.54 AF Corse) will be in the hands of Yannick Mallegol, Jean-Marc Bachelier and Howard Blank for the final race of the 2013 season. Prospeed Competition and IMSA Performance Matmut are tied with 32 points, the No.75 and No.67 Porsches respectively being driven by François Perrodo/Emmanuel Collard and Patrice Milesi /Jean-Karl Vernay.

Eight cars are entered in GTC, the largest grid of the season in this category. After three consecutive victories, the Russian SMP Racing team moved to the top of the points with the No.69 Ferrari F458 Italia GT3 of Fabio Babini, Viktor Shaitar and Kirill Ladygin.

Nothing is settled yet though as the No.62 AF Corse Ferrari of Andrea Rizzoli, Stefano Gai and Lorenzo Casé moved up to second position, 5 points behind the leaders. The No.79 Ecurie Ecosse BMW Z4 of Ollie Millroy, Alasdair McCaig and Andrew Smith is third and still a contender for the final victory. The battle will be intense!

As at Imola, SMP Racing will enter for the final round of the season two other Ferrari F458 Italia GT3s, and their strong driver line up has no intention of making up the numbers at Paul Ricard! As a matter of fact, the No. 72 will be driven by former Formula 1 driver and endurance pro Mika Salo, who will be alongside Russians Anton Ladygin and Boris Rotenberg. The Finn knows endurance racing extremely well, as he won the 2007 American Le Mans Series GT2 category and the 24 Hours of Le Mans (GT2) in 2008 and 2009.

The Italian-Russian line up of Luca Persiani, Devi Markozov and Alexander Frolov will be in command of the No.68. The Prancing Horse will be represented by an additional car on the starting grid at the Paul Ricard circuit, that of the No.86 Scuderia Villorba Corse team driven by Var native Steve Hiesse and Cedric Mézard.

Very unlucky in Hungary, Dutchman Peter Kox will be keen to score points at the wheel of the No.60 Lamborghini Gallardo LP600 GT3 and with his compatriots Nico Pronk and Dennis Retera. Finally DKR Engineering will be fielding a new BMW Z4 GT3 SPEC 2011 in the category. The drivers who will be alongside Frenchman Matthieu Lecuyer will be announced soon.

The final round promises great battles in each category of the European Le Mans Series, once again proof that the series' new format meets the needs of the entrants and offers a non-stop show to endurance racing fans.

The fifth and final round of the 2013 ELMS will be held once again in partnership with the World Series by Renault, offering spectators a wonderful weekend of racing.

Nelson Panciatici are ready for the final at Castellet!