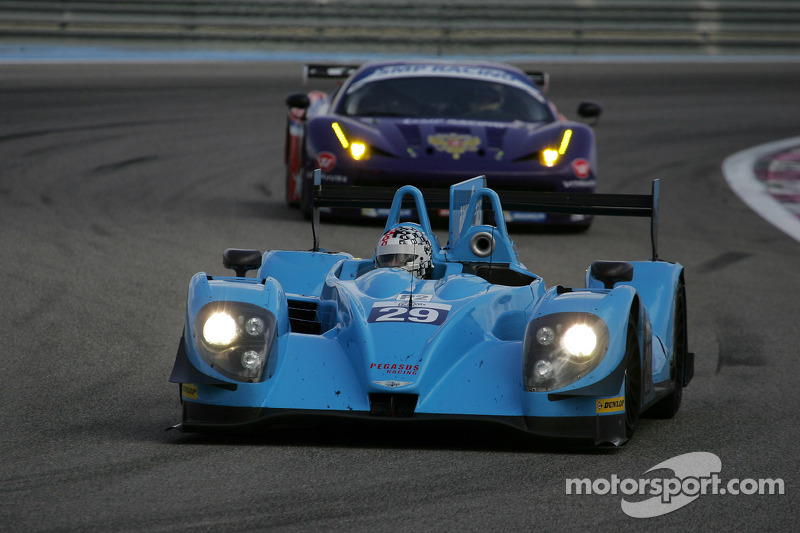 Pegasus Racing is one of the newcomers to the European Le Mans Series this year, but the team is not new to endurance racing.

Despite a slightly disappointing result at the first round at Silverstone, driver and team boss Julien Schell remains confident and very positive for the rest of the 2014 season. Enthusiastic and energetic, the Frenchman knows that going into the second race of the season at Imola work still needs to be done in some technical set up areas and on the team side of things. Imola is a circuit the team knows well after having claimed second place there in Formula Le Mans in 2011.

Pegasusis a new team in ELMS? The team is a newcomer to the ELMS this year but it is not new in itself as we have already taken part in endurance races from the Le Mans Series era, before the championship was re-launched. We did two seasons in 2009 and 2010 before going on to win the Teams and Drivers FLM Championship titles in 2011. 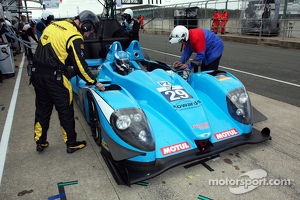 In 2012 we even had an entry for Le Mans that we weren't able to take up due to lack of budget. It was ultimately a good decision because the championship went belly up.

Based on our past experience, we have come into LMP2 with one of the two best cars on the grid as we really wanted a car that performs well and can win. It has won at Le Mans and the championship, and we have the support of Onroak who are very helpful and successful. It was a very considered choice, put into action in the middle of last year, and we have committed to a programme of at least three years with Nicolas Leutwiller, my partner and team mate. Our third team mate is Jonathan Coleman.

Why ELMS? We have been interested in sports prototypes since 2005 because it is the most popular discipline in endurance racing. We chose to come back to the ELMS because it's a financially attainable and friendly and welcoming championship.

So you're one of the lucky people to see the European Le Mans Series get back on track? Absolutely, and honestly I didn't think the ELMS would do so well due to the creation of the world championship. I thought the WEC would fill the void and that the two championships could not coexist. Some teams think the WEC overshadows the ELMS, but in fact the two work very well together side by side. The ELMS must continue to grow as, the more it does, the better it will be for everyone.

Wehave 42 cars entered in the ELMS in 2014; how is it going for Pegasus Racing? We hadn't run for two years and, at the tests at Paul Ricard, we met with many competitors we didn't know. We got our bearings and got back the team with which we'd worked before. We are a family team which I created with my father in 1998; many people who follow us are friends, motorsport professionals, and we are all very close. We really want to keep this close-knit feeling.

The tests at Le Castellet were really good because it was our first time back in the saddle and we met all the key players in the championship plus the organisers. As far as our competitors are concerned, there are a lot of GT cars and a lot of traffic but there are many very good drivers and the competition is serious.

How was your first race at Silverstone on April 19? I was a little apprehensive of Silverstone because of the traffic, especially because of the number of cars on track, but we were pretty well prepared and were confident about the car itself, because it works really well. In terms of drivers, I am racing with two newcomers who come from prototypes but who aren't used to racing with GTs.

Our number one goal was therefore to learn to race in traffic and cars with different classes on the same grid and, on that level, the race went very well. Silverstone also reaffirmed that the decision to go with the Morgan was the right one. It performs really well and is reliable. We had just a hint of understeer at the end of the stints based on the tyre temperatures. We also have to fine-tune our driver changes as, with our difference in size, fitting in our seats caused us to lose a little time. We retired due to running out of fuel; strategically this is not good, but we did a lot of good work which will serve us well for the future and are confident for the second round of the season which will be at a track that the team known well.

You are a driver, manager and owner of PEGASUS Racing; how can you wear so many hats? It's a significant advantage because you can appreciate all that's involved with a "team" and all the work that needs to be done to make a team work. You have to find budgets and drivers, find a car, do a deal with a constructor for support, know how to manage a team and know how to drive. It is sometimes complicated but I love it because I like to be efficient in all areas of management. However, it has its limitations because it is not possible to perform at the highest level in each of the areas. Now it works fine, but the day I go downhill as a driver is the day I will make way for someone else and will stay in the pits with the others. I like having this overview that other drivers don't necessarily have, either in this series or in another. They are not necessarily aware of all the work that has to be done by a team in order to be part of a race. Like, for example, the knowledge you need to have to comply with all that's required by the organisers; it's a huge job to do especially in a top series such as the ELMS.

When we talk about endurance racing, we obviously think of the 24 Hours of Le Mans? After having the chance to race in the European Le Mans Series, our main objective was to get ourselves organised to be able to take part in the 24 Hours of Le Mans, but not in the WEC for the moment. We filed an application, knowing at the same time that we wouldn't necessarily achieve our objective this year. As we have seen, all the substitutes have been taken up so this is very good news for us and we are preparing for it now, with the Imola round in 10 days as part of that preparation.