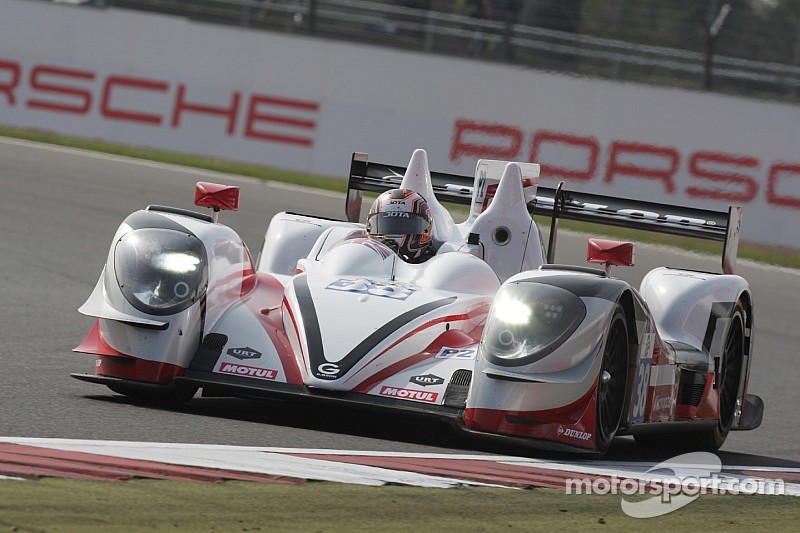 The Jota Sport Gibson 015S-Nissan will start from pole position for Sunday afternoon’s second round of the European Le Mans Series at Imola.

It was the third time in as many years at the iconic Italian venue that the British squad will start from pole, with on-loan factory Audi man Albuquerque setting a best time of 1m34.496s.

Lining up alongside the polesitter will be the Murphy Prototypes-entered ORECA 03-Nissan. In the hands of GP2 racer Nathanael Berton, the car scored its best qualifying result since September's Paul Ricard meeting, but was a huge 1.5s adrift of the Jota Gibson.

The Thiriet by TDS ORECA 05 in the hands of Tristan Gommendy had been set to challenge Albuquerque and had set the fastest first sector time, only for the Frenchman to spin off at Acque Minerale and lightly tapping the barriers.

The new LMP3 class was headed by the two Team LNT Ginetta-Nissan entries. The #3 car headed the Lanan Racing entry by just under half a second, with Charlie Robertson setting the time of 1m42.498s.

In the LMGTE class, it was the AT Racing Ferrari 458 Italia which claimed pole position, with Alessandro Pier Guidi setting a best time of 1m41.747s after a close battle for the top start position with Raffaele Giammaria in the AF Corse Ferrari.

The ex-Formula 3000 driver got to within 0.431s of his countryman with his final lap of the 20-minute session. The Proton Porsche driven by Richard Lietz recovered from an early spin at Acque Minerale to claim third in class, ahead of the Marc VDS BMW Z4 driven by former WTCC champion Andy Priaulx.

The #63 AF Corse Ferrari lead the way in the GTC class in the hands of Marco Cioci. The Italian set a best of 1m43.704s early on in the session and enjoyed a 0.3s advantage over the similar Ferrari 458 Italia of Francesco Castellacci.

Cioci later slowed in the session with an alternator problem, but the team is confident it can rectify the problem ahead of the race.