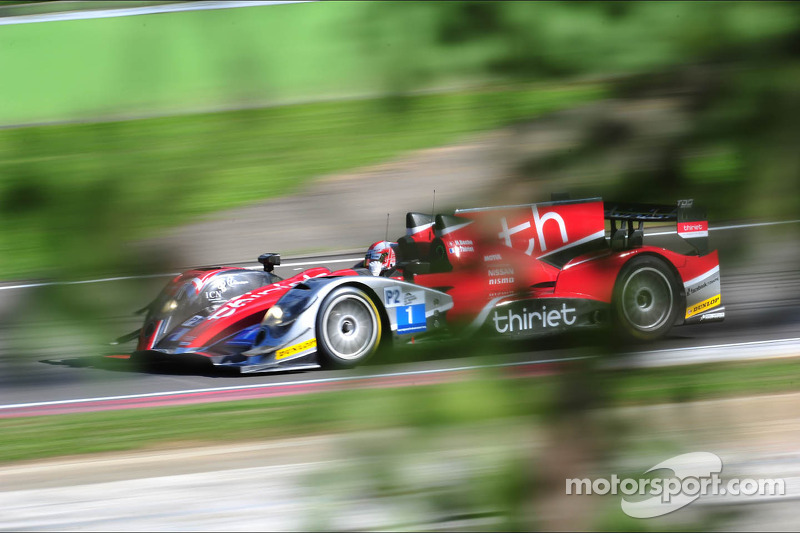 After a long two month break, which saw sixteen ELMS cars take part in the 90th anniversary 24 Hours of Le Mans, the 2013 European Le Mans Series returns with a three Hour race at the impressive Red Bull Ring on Saturday 20 July, with twenty nine cars are due to take the start in Austria.

On the 18 May Thiriet by TDS Racing in LMP2, the no.49 Team Endurance Challenge Oreca in LMPC, Ram Racing in LMGTE and Ecurie Ecosse in GTC left Italy as point’s leaders after an exciting 3 Hours of Imola. Now the teams and drivers turn their attention to the 3 Hours of Red Bull Ring for the third of five races marking the mid-point of the 2013 season.

Red Bull Ring, formerly called Österreichring or the Spielberg circuit, was opened in 1969. It was the venue for Austrian Grand Prix from 1970 to 1987 and then from 1997 to 2003, after which it was renovated and renamed the A1 Ring.

Bought by the owner of Red Bull, Dietrich Mateschitz, the circuit was totally rebuilt and renamed Red Bull Ring. It re-opened its doors in May 2011 and has since welcomed a large number of international races. The Red Bull Ring is close to the small village of Spielberg, which has around 5,000 inhabitants, situated in the Styrian Alps between Zeltweg and Knittelfeld.

The third round of the European Le Mans Series will share the billing with the seventh round of the World Series by Renault. The ELMS’ prototypes and GTs will be on track from Friday 19th July, the first free one-hour practice session starting at 10h20. The second session starts at 15h30. Qualifying will begin at 10h20 for 50 minutes on Saturday, while the green flag for the 3 Hours of Red Bull Ring will drop at 16h00 on Saturday 20th July.

The latest version of the provisional entry list has been released with a bumper grid of 29 cars due to take the start of the 3 Hours of Red Bull Ring. With some teams still to announce their driver line ups more information on the teams and drivers will be made available early next week.