After seeing several strong results disappear due to technical issues OAK Racing has taken its first LMP1 podium with the #24 car of Olivier Pla and Alexandre Prémat securing third overall behind the #7 Peugeot and the #1 Audi at the 6 Hours of Silverstone. The result also saw the duo finish as the the highest placed car in the petrol class.

This podium represents a perfect conclusion to a hugely promising weekend for the team. In qualifying, OAK Racing's two prototypes were the fastest of the petrol cars until the final minutes of the session when the #15 of Guillaume Moreau was narrowly pipped by the #12 Rebellion entry. 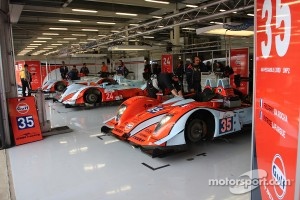 Race incidents for the #2 Audi and the #8 Peugeot provided an opportunity for the petrol LMP1s to shine, with Olivier Pla assuming third place less than one hour after the start. Meanwhile the #15 LMP1, driven by Pierre Ragues, was blocked at the first corner of the race but then made impressive progress to climb back to fifth. A fierce battle with the two Rebellion machines followed, the four LMP1s passing each other several times before resuming position after the pit stops. Unfortunately, a problem with the speed limiter mapping on the #15 resulted in a 30 second stop-go penalty that would cost its crew a shot at the podium. The #24 then assumed third and held it to the chequered flag, ending the race with a 40 second advantage over the #13 Rebellion.

The #35 LMP2 used the weekend’s practice sessions to adjust to a revised driver line-up after Jean-François Yvon replaced Andrea Barlesi at short notice. The car enjoyed good balance, demonstrating both pace and reliability. They ended the race fifteenth overall, sixth in LMP2, and first in the class' ILMC classification for the 6 Hours of Silverstone.

The results achieved by OAK Racing in Britain provide just reward for months of hard work by the technical team, in partnership with tyre supplier Dunlop and engine manufacturer Judd, both of whom have been important participants in the tests undertaken this summer.

Patrice Lafargue, LMP2 #35
“We ran a strong race without any technical problems, which has been our Achilles' heel until now. The result is very satisfying, particularly when added to the podium that the #24 achieved in LMP1, and provides a massive boost to the entire team. Our car is progressing well and we are heading in the right direction. The last minute crew change did not present any major difficulties, and 15th place overall is very pleasing.”

Matthieu Lahaye, LMP1 #15
“I was quickly back up to speed again following my return to racing. The day went well: I had a great time on track, particularly in the fight with the Rebellions. For sure, we could have scored a better result without the penalty we received for speeding in the pitlane as we would have benefited more from the incidents that the Audi and Peugeot suffered, but I am very happy for the #24. Their result shows that the testing we've undertaken this summer has been very beneficial and that we have really progressed. We have been able to show our true performance level and this bodes well for Petit Le Mans.”

Alexandre Prémat, LMP1 #24
“This weekend has been perfect: good practice sessions, a good qualifying and an excellent race. The key to our success was in the triple stints which Dunlop gave us the green light to go ahead with. Olivier handed over to me when we were in third, and I was highly motivated to keep us there and finish on the ILMC podium. Jacques made the decision not to race, a tough call for someone as passionate about competing as he is, and you could see the emotion in his reaction to the result. Overall this weekend has been fantastic for the whole team, who have worked tirelessly and really deserve this podium.” 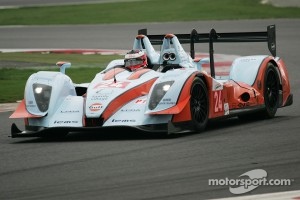 Olivier Pla, LMP1 #24
“I've been working with OAK for two weeks now, since the Barcelona tests, and I have enjoyed everything about the experience: the team, the car and the environment. To conclude with the adventure we've had at Silverstone is just incredible. Jacques gave Alexandre and I a fantastic opportunity and this result was the perfect way to thank him. The car has been faultless: I was confident in it straight away and was able to attack throughout my four hours behind the wheel. This is truly fantastic for everyone involved with the team.”

Jacques Nicolet, Team Owner of OAK Racing
“This podium is hugely satisfying following the difficulties we've endured since the beginning of the year. I knew we had the speed and today we have added the result. All three cars have made the finish, with a podium for the #24, a fifth place for the #15 and an ILMC victory for the #35 LMP2 and its crew of gentlemen drivers. This is very encouraging for the rest of the season and particularly for 2012.” \