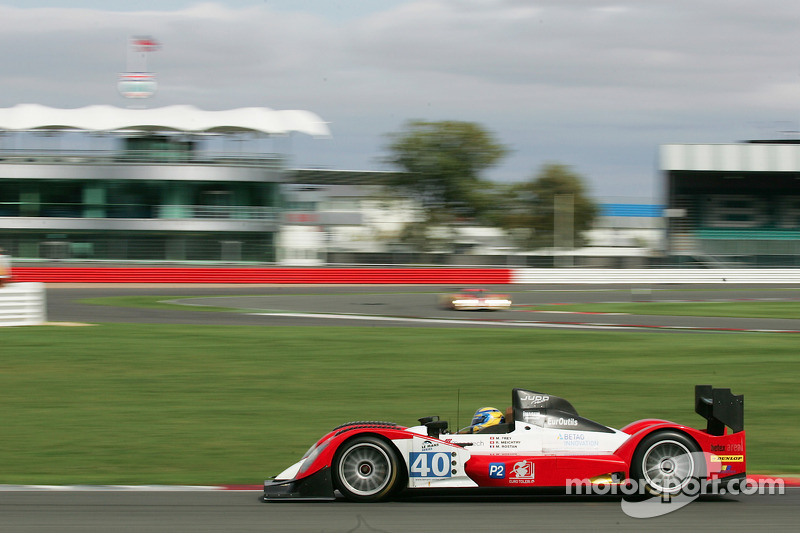 Race Performance and Boutsen Energy Racing on the podium…

Race Performance and Boutsen Energy Racing gave the ORECA 03 yet another podium in LMP2 at the conclusion of the 6 Hours of Silverstone, fourth round of the Le Mans Series and fifth round of the Intercontinental Le Mans Cup. Running a consistent race, Michel Frey, Ralph Meichtry and Marc Rostan (Race Performance) didn’t commit a single mistake to reach the second step on the podium in LMP2. The trio precede Dominik Kraihamer and Thor-Christian Ebbesvik (Boutsen Energy Racing), longtime leaders of the race and finishing third. Signatech-Nissan finishes 7th, while TDS Racing was forced to retire after an incident. 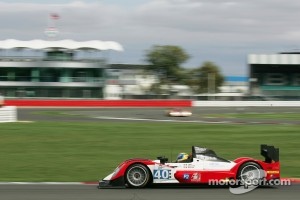 Race action. Starting on the second and third rows, the four ORECA 03 avoid incident during an eventful start. In third, Jody Firth is able to keep pace with the leading cars. The TDS Racing driver slips into second after Strakka Racing has a flat tyre and even reaches the lead before spinning off track. Ten minutes later, he leaves the track again and is forced to retire after hitting the wall. After this first safety car period, the three other ORECA 03s still run in the top 4. Signatech-Nissan, second in the first third of the race, lose several minutes due to a starting engine mapping issue. Dominik Kraihamer takes over for Thor-Christian Ebbesvik and fights up the running order to 2nd place. Behind the wheel of the Boutsen Energy Racing ORECA 03, he catches and passes the leader to take command of the LMP2 class at halfway. Meanwhile, the trio of Meichtry/Rostan/Frey (Race Performance) is still in a solid third place.

Boutsen Energy Racing continues its good performance into the fourth hour : thanks to the excellent driving from Kraihame/Ebbesvik, the No. 45 gains up to a 1 :48 lead on their closest rival ! But at the start of the fifth hour, the Belgian team is forced to change a battery : they rejoin in fourth, three laps behind. Race Performance is now running second and thanks to a flawless race following a good pace, the Swiss team is still on the lead lap. As for the Boutsen Energy Racing ORECA 03, they continue to attack, taking third place provisionally. They hold on to the thrid step of the podium thanks to a good strategy. Race Performance finishes in second place, taking their first podium in Le Mans Series. Signatech-Nissan finishes 7th and therefore scores precious ILMC points.

« It’s fantastic! » declares Ralph Meichtry, 2nd in LMP2 with Race Performance. « We were able to unite all the elements to get a good result. We had the fastest time on Friday, and Michel (Frey) had a good qualifying session. We knew we had the top speed. The ORECA 03 performed really well and despite some time lost under safety car, we had no problems. It’s great for the team, who has worked very hard for two seasons now. It was important to get this podium before the season’s end so that we can take another step next year. »

« We had almost a lap lead,» explains Dominik Kraihamer, 3rd in LMP2 with Boutsen Energy Racing. « We clearly could have won. But that’s racing. We’re always learning. The team is really doing a great job. We weren’t worried after qualifying. We were focused on the race and the car handled very well today. Even at the end of my stints, I was able to run fast laptimes. There are so positives, but now I want the win ! »

Formula Le Mans : Three is the number for Pegasus Racing !

After the Castellet and Spa, Pegasus Racing notched a third win in four races. The Alsacian team had a good practice session and followed that up with a fourth qualifying performance. After a nice fight for second place early in the race, the trio of Simon/Schultis/Schell took the lead in Formula Le Mans at the end of the second hour and never looked back. In the process, the three drivers take the drivers championship in class. Thanks to a smart race, Genoa Racing and « The London Project » reach the second step on the podium with Grogor/Mitchell/Kronfli, ahead of JMB Racing and drivers Marcelli/Hartshorne/Moro. At home, Neil Garner Motorsport finishes fourth.

Race action. Pole winner, Phil Keen (Neil Garner Motorsport) holds the lead at the green flag, while Pegasus Racing, starting fourth, and Genoa Racing have a good battle for second. After the safety car period, the gaps are reduced, but Keen resumes in the lead, ahead of Patrick Simon and Jordan Grogor, still fighting it out for second. The running order changes with the first driver changes. Tasting the lead for a brief period, Genoa Racing gives the lead back to Pegasus Racing. At the wheel of the No. 95 ORECA 03, Mirco Schultis, then Julien Schell are able to run a considerable gap on Bassam Kronfli. JMB Racing, despite contact with an LMP2, reaches the top 3 nonetheless, while Steve Keating spins twice during the third and fourth hours.

Pegasus Racing makes no mistake in the last third of the race to keep Genoa Racing at bay, closing to 20 seconds. JMB Racing is also on good pace, thanks to a good stint from Kyle Marcelli, but the team from Monaco is unable to catch the two leading Formula Le Mans cars ahead. The top four remains the same until the chequered flag, giving Schultis/Simon/Schell their third win of the season.

« We now have the drivers title and now we need the team championship, » said Julien Schell after the race. « It comes down to Estoril : we have to finish to take the title. We were a little nervous because we knew we had to finish well. We had no mechanical problems. We only changed the front cover as a precaution because we didn’t want to have a needless penalty. We rejoined with a new set of tyres and we then only changed once more ! We avoided two stops that way. Four races and four podiums, three of which victories. The ORECA-FLM 09 is a reliable car : no problems encountered since the start of the season. The drivers a happy to get in the car and drive. »