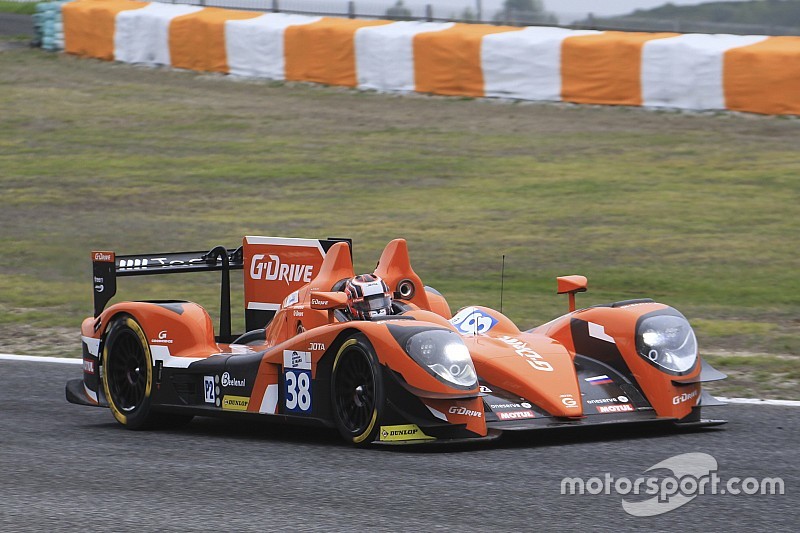 In so doing, they not only scratched an itch that dates back to 2012 - when the car was first raced under the Jota Sport banner (the G-Drive Racing team is, in all but name, still the Jota Sport squad) – but it also brought down the curtain on a design which has DNA stretching back to the dawn of the 21st century!

The story of ‘Trigger’s Broom’

How many championship winning cars in 2016 will have a story like the Gibson 015S (née Zytek Z11SN) and can claim a history going back 16 years?

Dolan, team owner and driver, affectionately calls the car ‘Trigger’s broom’ in deference to genius British sitcom Only Fools and Horses refuse collector ‘Trigger’, who had a ‘faithful brush’ that had ’17 new heads and 14 new handles in its time.’

The amazing and complex story of the design, which was conceived when Tincknell was just nine years old, begins with the Reynard 02S, which was bought up by Zytek when it started its own chassis division after Reynard ceased operations in 2002.

From there, the car took on many different iterations and even names, being known variously as long-forgotten monikers such as YGK, DBA and IRM before settling on the Gibson moniker after Zytek Automotive was sold in 2014 to Continental, and Zytek Engineering became Gibson Technologies in deference to its visionary founder and leader – Bill Gibson.

There were twists and turns along the way, but the constants in the story are those that kept the faith with the car – designer Tim Holloway, driver/team owner Sam Hignett and, of course, Dolan.

As well as these central characters are the likes of chief mechanic/engineer Bob Friend and Gibson’s Colin Cooke, a man who knows all there is to know about the design from the early-noughties Reynard concept to the newly-crowned ELMS champion car.

The only ELMS race that the Jota chassis (#9) did not take part in was the Silverstone opener in 2014 when Dolan suffered a spectacular crash on the Hangar Straight with chassis #10, which was intended to become the replacement for #9.

The new chassis’ racing life was terminated after just a few hours of racing against the Hangar Straight bridge parapet, and so #9 chassis was plucked back from what looked to be a relaxed retirement. It continued on that season to score arguably its most famous win at Le Mans.

This was the ‘Fairytale race’, the one in which Oliver Turvey made a late cameo after original incumbent Marc Gene was drafted in to replace the injured Loic Duval at Audi.

Turvey, then-Le Mans debutant Tincknell and the ever-present Dolan drove the race of their lives to come back from early race issues and deliver the ultimate ‘burn from the stern’ and win the LMP2 class in the penultimate hour.

As Tincknell said last year: “We were only on the third page of the timing screens on Saturday night.

"I was a bit down in the dumps at the back of the truck, but Allan [McNish] came and sat beside me and said, ‘The fat lady hasn’t even thought about singing yet!’ I’ll always remember that conversation.”

Since then, the car has continued being developed and has continued winning. Just as impressive as Le Mans in many people’s eyes was its display in vanquishing the WEC LMP2 field in a one-off outing at Spa last season.

Now though, with new LMP2 machinery having come on stream in 2014 and 2015 from Ligier and then ORECA, the days of winning its class should have been over.

However, this is no ordinary car, and its cost-effective racing over five seasons saw Dolan and company take a richly merited second win of the 2016 season on Sunday, and with it a hard-won title.

The ELMS crown didn’t come easy for the Jota Sport boys this year. They arguably should have taken the title in 2014 and 2015. Each time they were denied by slender margins but each time they came back harder.

At some circuits this season, they had no right to be jousting with the newer machinery, yet there they were in the thick of it and assembling what finally proved to be a successful title bid.

The car also made stars out of Jota’s policy of giving young and talented drivers a chance in endurance racing. Tincknell, Turvey and Jake Dennis are three that stand out. However, the one constant has been Dolan, a driver who did not even start competing until 2008.

From humble beginnings he soon became one of the best and most reliable silver-categorised racers on the grid. A self-made man of incredible drive, Dolan now is not only a former Le Mans class winner, but also a European champion. How many non-professional racing drivers can say that?

There is little doubt that Jota Sport would run the 015S in 2017 if it could. Sadly though, the new LMP2 regulations kick in next season and Estoril really was the end for the car in top-line competition.

After 34 races, eight victories, 12 additional podiums, one Le Mans victory and one ELMS title success, it is time for ‘Trigger’s Broom’ to rest, savour victory and enjoy a well-earned retirement.