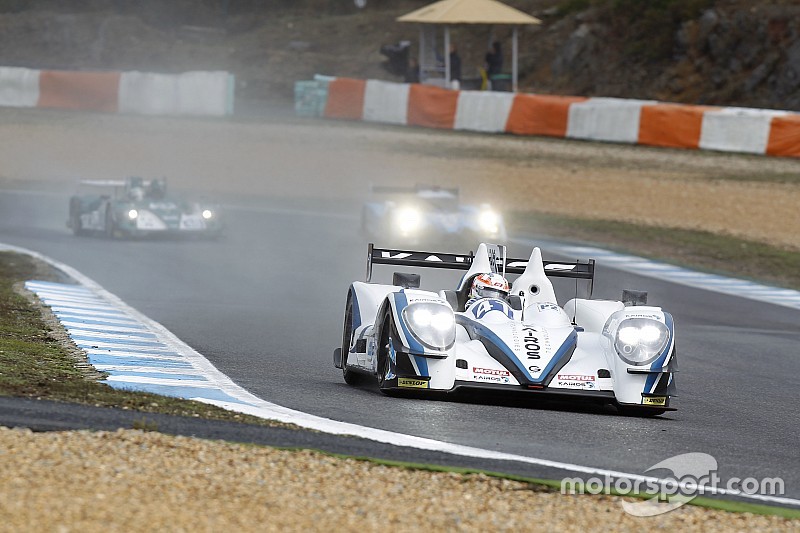 The LM P2 battle was so tight at the top it was down to whichever team finished first out of Greaves and JOTA Sport. JOTA started with the narrowest of margins but trouble getting away after the pit stops and a spin during torrential rain for Simon Dolan handed the advantage back to Greaves. The British team didn’t need to be asked twice, grabbed the opportunity and a second-place finish - behind a rapid TDS Racing Oreca-Nissan - was enough to take the title.

In the LM P3 class, 2014 GT Academy winner Gaetan Paletou and his team-mate Mike Simpson, took their first win of the season and sealed the runner-up spot in the LM P3 driver’s championship for Paletou and a 1-2 in the Team’s championship for Team LNT. Sir Chris Hoy and Charlie Robertson won the title when they won the last race at Paul Ricard but today they were no match for Paletou and Simpson, who won despite starting from the back of the grid!

The turning point for the #2 Ginetta-Nissan came when the heavens opened and Paletou made the call to stay out on slicks, taking it very steady, so he could reap the rewards when the track dried out. It was a great call and he handed the car over to Mike Simpson in a strong position from which the British driver powered home to take the win.

“GT Academy taught me a huge amount but being given the opportunity to work with this team, and this brand new car has been yet another fantastic experience,” said Paletou. “To see this come from a design on a computer screen to our first tests and now this very different car that can race and win at this level has been amazing.”

“I have 24 years of racing experience,” added Simpson. “If you’d have introduced me to Gaetan today and told me this was his first year I’d have said you were bonkers. His talent is amazing and his application is, if anything, even more spectacular. There’s a lot that has been written and said about the GT Academy but they really can pick them!”

“This has been a fantastic European Le Mans Series season for Nissan,” said Darren Cox, Global Head of Brand, Marketing & Sales, NISMO. “Once again Nissan innovated, supporting the ACO in a new class after years of domination in LM P2. We didn’t just support with engines but with drivers too. Our LM P1 drivers Harry Tincknell and Olivier Pla were peerless today and Hoy and Paletou have done a great job throughout the season. The Nissan-powered LM P2 teams had a very close fight, which provided hours of entertainment. Congratulations to Greaves who fought hard and were in front when it mattered.”