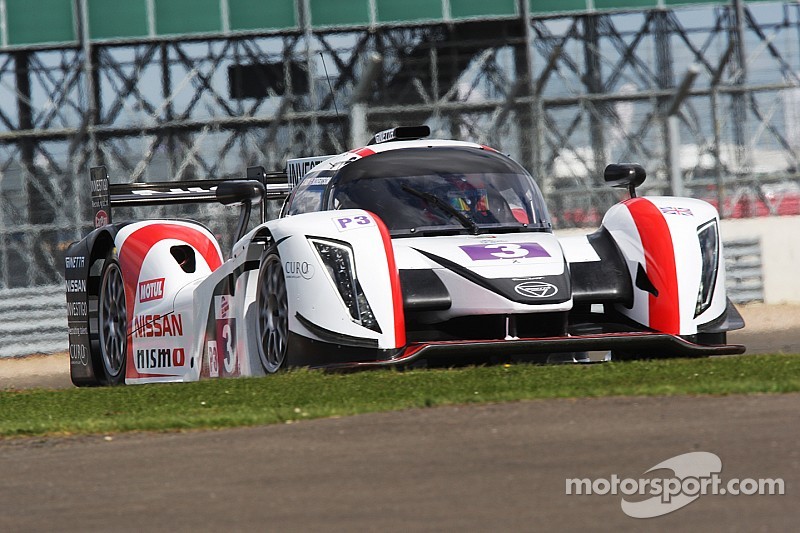 Following his victory in the LMP3 class of the European Le Mans Series-opening 4 Hours of SIlverstone event, Olympic legend Sir Chris Hoy spoke to Sam Smith about his foray into the world of sportscar racing.

Well versed in podium procedures after a remarkable cyclic career that netted six Olympic gold medals and eleven World Championships, Hoy is now targeting success in international motorsport, with the ultimate objective of racing at the Le Mans 24 Hours.

After he and his teammate Charlie Robertson scored the first ever LMP3 class victory at Silverstone on Saturday driving a Nissan-powered Ginetta, the 39-year-old Scot discussed the triumph with Motorsport.com and offered a fascinating insight into his approach to tackling his new competitive discipline.

Did your first International endurance race match up to your expectations?

“Above expectations, completely. Considering this car was only fully finished a few weeks ago, I think it is an incredible tribute to the guys at Ginetta and Team LNT. It looks fantastic and it drives really well, and being so new there will be much more we can do with it. Personally I need to work on trusting the aerodynamic grip more, but that is natural when you come from GT racing I think.

“The spins were interesting - your first natural reaction is anger that you have spun, but your mind overrides that because you need to stamp on the clutch instantaneously to make sure you don’t stall the car. It was chiefly because the tyres were passed their best at that stage, so again the lessons for me will be learned for the other races.

"It's my longest stint ever in a car, so it's a new experience for me. With the LMP2 cars and the GT cars around as well, it's very challenging in traffic. It was all generally really good, and I managed to give the car back to Charlie with a decent lead and he did the rest.”

Are you completely comfortable in the LMP3 Ginetta-Nissan?

“It is a tight fit but it probably looks more uncomfortable than it actually is for me. We are making adjustments all the time but no doubt about it, there is not much space for anything other than me in the cockpit.”

Tell us about the relationship you've forged with Charlie Robertson.

“We work well together and get on. He is a terrific young talent and I think he will have a very big future and career in motorsport. For his age he is incredibly mature and professional; a real pleasure to work with.”

From a sporting standpoint what are the mental challenges of racing like compared to cycling?

“The preparation and mental focus are equal in intensity, but the events themselves are so different, but then again so are the disciplines. The team ethic, although more visible in motorsport, is similar. The driver is only a part, albeit a central one, but in cycling it was more concentrated on me as the sole athlete.

"My mindset in motorsport is very much one step at a time and to soak everything up. There is a lot of this to do, but it couldn't have got off to a better start this weekend, so this approach will continue.

“I suppose there are similar concentration levels, but of course racing in the ELMS is four hours and I did 40 or so laps in the race which is more than I have ever done before, so you just have to mentally keep on top of it when there is so much going on, not only in the cockpit but also in front of and behind you. It is a major, major test, but I love the challenge of that.”

What preparations will you have in place to learn some of the unfamiliar ELMS circuits?

“I know Paul Ricard a little from the testing we did last month, but the rest I will be learning on the simulator, and in the case of the Red Bull Ring, I will be competing in a Radical race there a few weeks before which will obviously be very useful.

"Imola will be mega. I have heard a lot about it and it seems to be one of those legendary tracks that racers really enjoy expressing themselves at.”

So, racing at Le Mans is definitely on the horizon for you?

“That is the goal. LMP3 is a stepping stone towards competing at Le Mans, as it bridges the gap from GT3 to the LMP2 car that I want to race at Le Mans. I’m just trying to take in as much information and experience as I can from guys like Charlie, and this has been a great start!”