Priaulx: ‘There’s not a single member of this team satisfied with fourth places’ 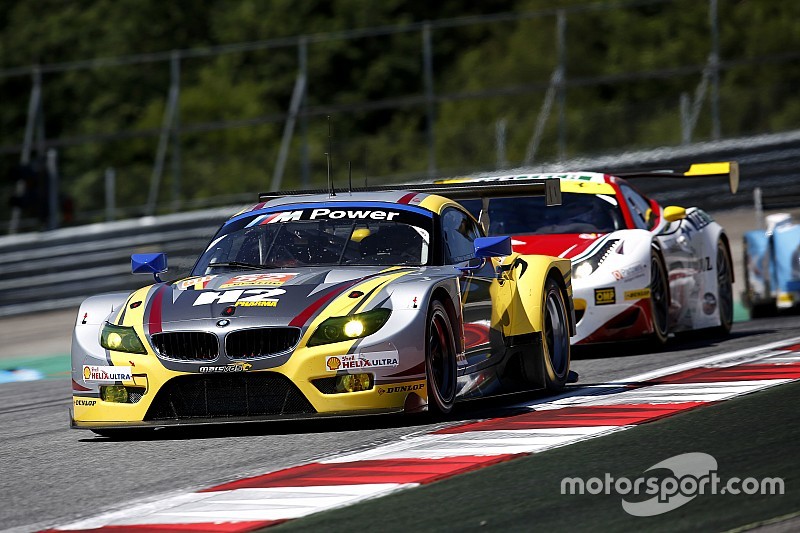 British star Andy Priaulx has been keeping a close eye on the team since the last ELMS race.

Gosselies, Belgium – Though the team have just conquered the 24 Hours of Spa, there’s still plenty of racing left for the Marc VDS Racing Team in 2015. The Belgian squad are still chasing the European Le Mans Series GTE title, with two races left in the calendar – four-hour events at Paul Ricard and Estoril.

British star Andy Priaulx, who shares the BMW Z4 GTE with Jesse Krohn and Henry Hassid, has been keeping a close eye on the team since the last ELMS race.

“It’s been a bit of a break for the ELMS, but I haven’t been avoiding motor racing! Seeing the guys win the 24 Hours of Spa was awesome – I watched every minute. I wasn’t surprised to see Marc VDS win that race; I’ve worked with some of the very best teams there are, and this one is as good as it gets. It’s just a shame I couldn’t join them. I can see why BMW Motorsport is working closely with Marc VDS.”

I’m really looking forward to fighting for the championship.

He believes that the team’s winning experience can help in the ELMS, with confidence high moving forward.

“If you can perform well in 24-hour racing, that can be translated back to four-hour races too. The approach is pretty similar – there’s no modern 24-hour event that isn’t a sprint the whole race. But that is magnified in our races. Four hours is a long, long time compared to my BTCC events, for example, but it goes by in a flash. Every stop has to be perfect, and strategy has to be perfect – we saw at Spa that this team know how to perform in big races. There’s no substitute for that winning feeling, that confidence. We can draw from that.”

With 25 points on offer for a win, the 12-point gap to the top of the drivers’ standings is far from insurmountable.

“I’m really looking forward to fighting for the championship. It’s going to be tough – there’s no hiding from that – but I believe it’s possible and I’m sure the team and my teammates share that opinion. Personally, I feel like I’ve fitted in with the team really well, they’re a welcoming group and we all share a passion for competition. Our performances have deserved better than three fourth places, and I’m motivated by the fact that there’s not a single member of this team who is satisfied with the results so far! We arrive at every race determined to perform even better, and even though we’ve improved the results have been constant.”

The challenge of the five-round championship has Priaulx excited – it’s a specific kind of competition that he’s well accustomed to, with great multi-class racing experience.

“Racing in the ELMS is really difficult – you have to be looking around all the time. There are four classes, and the LMP2 cars are really, really quick. We have to be on our toes to not get tangled with them, while at the same time making progress in our own race.”

The ELMS sees Marc VDS racing with a GTE car for the first time, but there’s still a balancing from the cars by the organisers.

“The GTE regulations are pretty different to the GT3 set – we have no ABS, and we can adjust a lot more, like the gear ratios and suspension. But we still have performance balancing, and it’s maybe time we saw a little tweaking there. There were five or six manufacturers really, really tight at the 24 Hours of Spa, but we’ve seen that in GTE we’re a little bit handicapped by the balance of performance. That’s not making excuses, it’s just stating fact. It would be a big boost to us if we saw that playing field adjusted a little, because at the moment the challenge is pretty tough!”

Like the GT3 car, it’s the final year of the BMW Z4 GTE in frontline competition, and Priaulx is determined to give it a strong send off.

“We need to build some momentum for the remainder of 2015, try to close out the ELMS and get some really great results. I’d be pretty gutted – and I know I’m not the only one – if we didn’t get a win with this car this year. It’s the last year for the Z4 in both GTE and GT3 spec, and it’s been so good to me, like it has to a lot of people connected to BMW. Let’s give it a great finish to the season!”

Harry Tincknell: Back to winning ways after Le Mans