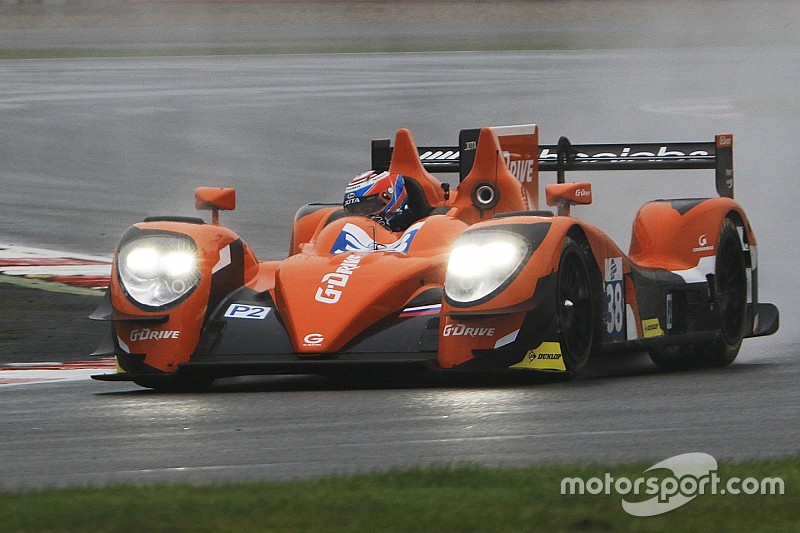 It was such a dominant display from the drivers of the #38 Gibson 015S  that the trio came close to putting a lap on all the other LMP2 cars in the field, only the #32 BR01 finishing on the same lap.

Tincknell started the first stint in strong fashion, jumping from fourth to first before pulling out a 25-second lead in the first 18 laps of the race.

Completing a double stint, the ex-Nissan factory driver enjoyed an advantage over 30 seconds at one point but found the lead fluctuating later on in the stint.

The #23 Panis Barthez Competition Ligier then jumped ahead thanks to a full course yellow that allowed Paul-Loup Chatin, who ran second early on, to pit after Tincknell and not lose as much time.

Fabien Barthez, a football World Cup winner with France in 1998, took over from Chatin at the first driver change, as G-Drive swapped Tincknell for Dolan, who also did a double stint.

Van der Garde took to the car for his first ever endurance race with around 40 minutes left on the clock, by which time Dolan had passed Barthez for the lead going down the inside at Stowe.

The #23 then ran into what appeared to be intermittent electrical problems with an hour of the race left, first pulling into the International pits before stopping out on track.

The car, with Timothe Buret in, made it back to the national pits, where the ELMS teams reside, but tumbled down the order as the team tried to solve the issue.

It meant that Stefano Coletti, Julian Leal and Andreas Wirth could bring home the #32 SMP Racing car in second place, albeit 1m35s down on the victorious #38.

Vincent Capillaire, Olivier Lombard and Johnathan Coleman completed the podium in third in the #22 SO24 by Lombard Racing Ligier, a further lap down.

Polesitters Thiriet by TDS Racing had an early exit to the race when the car spun off a damp track and collided with the barriers at Luffield with Pierre Thiriet behind the wheel.

Another early retiree was the #33 Eurasia Motorsport car, which was brought to a stop by Tristan Gommendy.

In the LMP3 class, United Autosports brought home a 1-2 finish, with the #2 car of Alex Brundle, Michael Guasch and Christian England leading home the #3 of Mark Patterson, Matthew Bell and Wayne Boyd.

It was a dominant performance from the team who, despite qualifying second and fourth on the grid respectively, came home to lead the LMP3 field by some distance.

Among the GTE contingent, the #66 Ferrari 458 of JMW Motorsport lead home the field, with Robert Smith, Rory Butcher and Andrea Bertolini taking victory ahead of the #99 Aston Martin Racing of Andrew Howard, Darren Turner and Alex MacDowall.