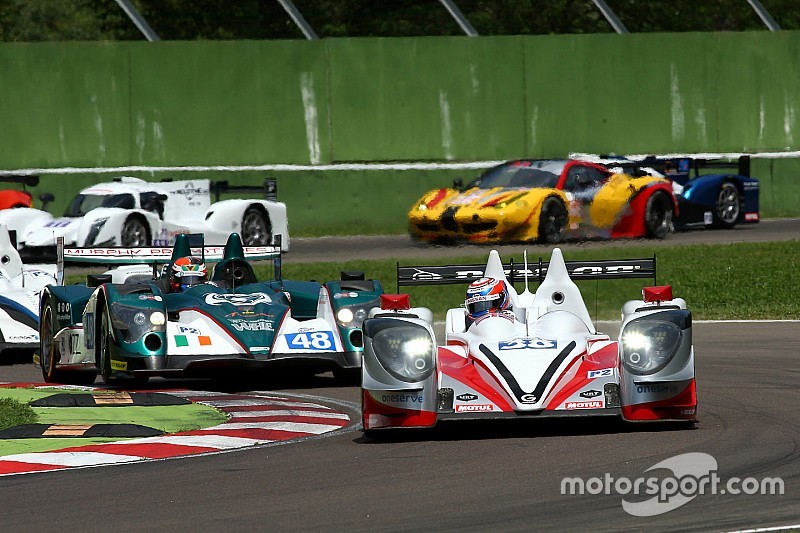 Amongst 64 cars on the official test day, will be 16 cars from the European Le Mans Series.

On Sunday May 31st 64 cars will take to the track at the Circuit des 24 Heures for the official test day for the celebrated Le Mans event. Amongst this number will be 16 cars from the European Le Mans Series.

Winner of the LMP2 category at the 2014 24 Hours, JOTA Sport is ready to do it again in 2015. At the wheel of the No.38 Gibson 015S Nissan will be team regular Simon Dolan, paired with Mitch Evans and Oliver Turvey as his usual ELMS co-drivers, Filipe Albuquerque and Harry Tincknell, will be on duty in the LMP1 category in the No.9 Audi R18 e-tron quattro and the brand new No.23 Nissan GT-R LM NISMO respectively.

French team Thiriet by TDS Racing is this year running the new ORECA 05 in the ELMS.  Following its recent victory at the 4 Hours of Imola, the team will be keen to maintain the same level of performance in order to better last year’s Le Mans result of second on the LMP2 podium.  The tight-knit trio of Pierre Thiriet, Tristan Gommendy and Ludovic Badey, who lack neither energy nor motivation, would absolutely love to give the ORECA05 its first Le Mans win and will doing everything possible to achieve that aim.

Pegasus Racing’s participation in the 2014 race was with very short notice, and this year the team is well and truly prepared to take on the most famous endurance race in the world.  Young Frenchman Léo Roussel, and Chinese drivers David Cheng and Ho-Pin Tung will be at the wheel of the No.29 Morgan Nissan.

Russian team SMP Racing debuted its new BR01 chassis at Imola in May and, while the results weren’t quite there, the race gave the team a chance to fine-tune the set-up of the new car with the Le Mans 24 Hours in mind. Maurizio Mediani, David Markosov and Nicolas Minassian will drive the No.27 BR01, while brothers Anton and Kirill Ladygin will partner Mikhail Aleshin at the wheel of the No.37 Nissan-powered car.

Last year American team Krohn Racing took part in the LMGTE class with a Ferrari, but in 2015 they will be on track with the ELMS’ sole Ligier JS P2 Judd (No.40). Tracy Krohn and Nic Jönsson will be on duty for the test on Sunday.

Murphy Prototypes and Greaves Motorsport were unlucky last year, but both British teams are determined to be at the forefront of the LMP2 race in 2015.  Karun Chandhok, Mark Patterson and Nathanaël Berthon will be at the wheel of the No.48 ORECA 03R, while Gary Hirsch and Björn Wirdheim will drive the No.41 Greaves Gibson 015 S-Nissan and all will be looking for a positive and successful test day.

New to both the ELMS and the Le Mans 24 Hours this year is French team Ibanez Racing.  They will be entering two cars for the test day (one of which is still on the reserve list for the moment), and No.45 ORECA 03R which is already on the entry list will be driven on Sunday by Pierre Perret, Ivan Bellarosa and José Ibanez.

LMGTE cars from the ELMS

In addition to the nine LMP2 ELMS cars entered in the 2015 edition of the Le Mans 24 Hours are two LMGTE cars from the ELMS, both of which will be racing in the LMGTE Am category.  Duncan Cameron, Matt Griffin and Alex Mortimer will drive the No.55 AF Corse Ferrari 458 Italia, while the No.66 Ferrari of JMW Motorsport will be in the hands of the Jakub Giermaziak, Abdulaziz Turki Alfaisal and Michael Avenatti.  For the test day three additional ELMS F458s will be on track:  Formula Racing’s No.60 from the reserve list, AF Corse’s No.81 AF Corse and n°86 Porsche 911 RSR Gulf Racing.

The new LMP3 category is not eligible for the 2015 Le Mans 24 Hours starting grid, but two of Team LNT’s ELMS cars will take part in Sunday’s test sessions.  The No.74 Ginetta Nissan (which carries No.2 in the ELMS) will be driven by Michael Simpson and Gaëtan Paletou, while No.75 (No.3 in ELMS) will allow multiple Olympic champion Sir Chris Hoy to experience his first laps of the Le Mans track along with his regular co-driver, Charlie Robertson.

JOTA Sport flat out to score first ELMS victory of 2015