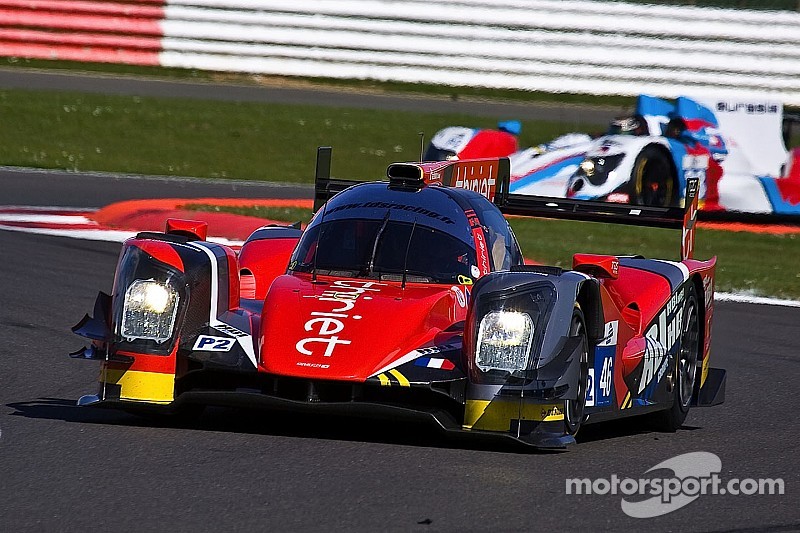 The Thiriet by TDS team won the 4 Hours of Imola on Sunday to give the new ORECA 05 LMP2 coupe its first ever European Le Mans Series victory.

It was a faultless performance from the French team, which had started the race on the back foot after Gommendy spun at Acque Minerale in qualifying and ensured the car started from a lowly ninth on the grid.

Pierre Thiriet started the race and carved his way through the pack before handing over to Ludovic Badey, who as the team’s silver categorised driver, performed impressively to ensure that when Gommendy took over the wheel, it was in a relatively unassailable position.

Gommendy set several fastest laps of the race in the closing hour and was able to back off in the final ten minutes to take the victory by 12.140s seconds.

Still, at the beginning of his stint in the penultimate hour, Gommendy had to pass the ‘out of sequence’ Greaves Motorsport Gibson-Nissan of Gary Hirsch who put in a mammoth triple stint.

Resistance was relatively futile, however, and Gommendy made short work of the Swiss driver before pulling away easily.

Finishing in second place was the Murphy Prototypes Oreca 03R-Nissan. The team recovered from a long first pit stop, with Michael Lyons and then Nathaneal Berthon completing faultless stints to emerge ahead of the recovering JOTA Sport car.

The undulating race started with a dominant first stint for Harry Tincknell in the JOTA Sport Gibson. The works Nissan LMP1 driver opened up a healthy gap over the opposition from the start but saw this advantage disappear after the first of two safety cars was deployed for gravel on the track at Tamburello.

Ticnknell soon forged another gap but JOTA’s chances of victory were effectively dealt a decisive blow when Simon Dolan ran over a kerb while in traffic at Variante Alta, and dislodged some front bodywork. The resulting stop lost the team time but after Albuquerque’s last stint charge, the British team at least salvaged third position.

With Greaves coming home a lonely fourth, Krohn Racing finished in fifth position in only their second ELMS race with the green Ligier-Judd. The Goodyear-shod car had run second for a brief period with Ozz Negri at the wheel but they ultimately fell back the front runners in the penultimate hour.

LMP3 was a test of true endurance with both of the front running Team LNT Ginetta Nissan entries hitting problems. This paved the way for the University of Bolton-run car of Rob Garofall and Morten Dons to take the chequered flag.

In a classic final thirty minutes, Pierguidi hunted down first Mapelli at Tamburello and then Rizzoli. After a fraught battle Pierguidi was able to pull out a small gap in the final ten minutes to take a highly popular win for the Tifosi.

Rounding out the podium position was the Formula Racing Ferrari of Rizzoli, Mikkel Mac and Johnny Laursen.

The GTC saw a clear victory for the No.62 AF Corse entry of Francesco Castellacci, Stuart Hall and Rino Mastronardi. Their Ferrari 458 Italia led the majority of the race after an early battle with the sister Ferrari of Giorgio Roda, Ilya Melkinov and Marco Cioci, who had started the race from pole position but been troubled with alternator problems all weekend.

A first win for the new ORECA 05 with Thiriet by TDS Racing !