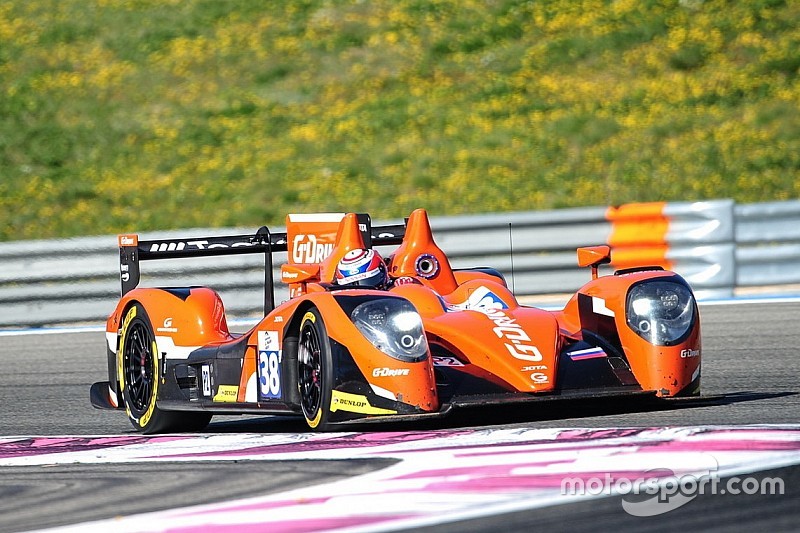 Harry Tincknell is looking for the perfect start in his quest for European Le Mans Series title honours this year. The 24-year-old Briton has finished a close second and third in ELMS for the past two years but is determined to get this year’s campaign off to a flying start on “home soil” on Saturday (16 Apr). Tincknell lines-up with Simon Dolan and new co-driver Giedo van der Garde in this year’s six-race series for JOTA Sport, a team Harry has raced with for the past two years that is now branded G-Drive Racing and in exactly the same open-top Gibson 015S-Nissan LMP2 class sports car.

Harry has claimed seven top-three podium ELMS race finishes – from 10 starts – over the past two years, more than any other non JOTA driver, and the 2014 Le Mans 24 Hour LMP2 race winner is intent on achieving his third ELMS victory of his short sports car career in the 4 Hours of Silverstone. The corresponding Silverstone event in 2014 saw sports car debutant Tincknell claim pole-position by an incredible 1.2secs but co-driver Dolan was forced off track by a back marker.

Just 48mins were remaining with Harry about to take over their leading car denying the young Briton the opportunity to take part in the actual “race” unlike practice and qualifying. In last year’s race, Tincknell again claimed a front row starting position for the JOTA Sport team and following a near one-hour intense battle for the lead having moved up from fourth, finished second by a mere 0.370s having set the race’s fastest lap.

An ultra-competitive field of 15 LMP2 class cars feature in the 45-car grid for the first ELMS race staged on Silverstone’s 3.67-mile Grand Prix circuit. The event comprises of two, 90mins practice sessions on Friday prior to a brief 10mins qualifying time trial on Saturday morning to set grid positions. The 4 Hours of Silverstone is scheduled to begin at 2.30pm later that day.

“I can’t wait for the season to start at Silverstone. It’s my ‘home’ race and my favourite track so it’s a great way to begin my year’s racing. I’ve had fantastic success there in the past while over the last two seasons, we’ve been very strong throughout the ELMS. After finishing a very close second and third overall in the final championship standings, this year I am more determined than ever to make it third time lucky. We’ve tested at Aragon, Imola and Paul Ricard and our pace has been good at each venue.

It’s great to be driving with Simon [Dolan] for a third consecutive season – we get on really well and work hard together – while our new co-driver Giedo [van der Garde], is a very nice guy and has fitted into the team really well over the pre-season. He’s going to be really fast and I think the three of us are one of the strongest driver line-ups in ELMS. That said, the competition will be very tough – even more so than previous years I believe. There are a lot of new Coupés in the championship this year but I still think our Gibson-Nissan will be very competitive. In 2014, I was on pole by over a second but didn’t get to race. Last year I qualified on the front row and finished a very close second.”