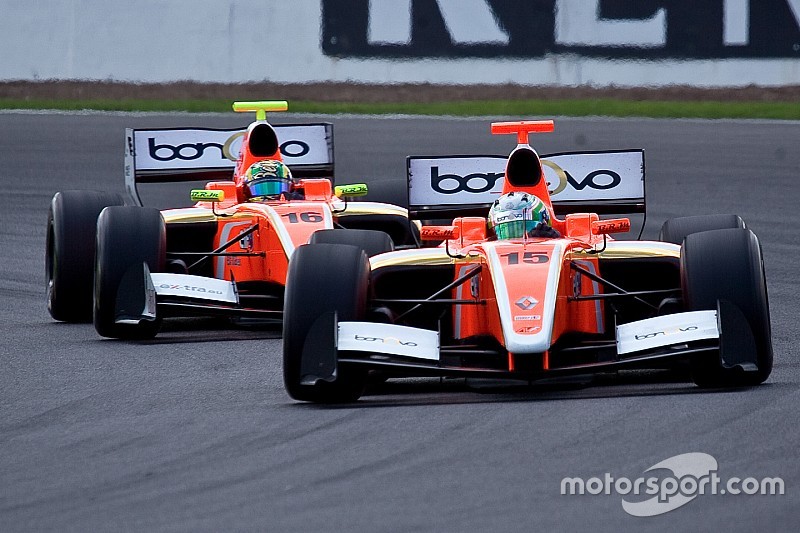 World Series Formula V8 3.5 team AVF will make its first foray into endurance racing with a European Le Mans Series campaign in 2018, following the demise of the single-seater series.

AVF, run by former Formula 1 test driver and Superleague Formula champion Adrian Valles, has been a mainstay of the 3.5-litre category since 2013 and helped Tom Dillmann to the drivers' title last year.

But after the open-wheel championship announced it was calling off its 2018 season due to a lack of entries, the team – which competed in partnership with the Russian SMP Racing programme this year – has decided to join endurance racing.

The Spanish outfit will field a Dallara P217 LMP2 car in the six-round ELMS series next year.

“For this brand-new adventure, we decided to choose Dallara,” said Valles. “In addition to [Dallara] being an incredibly professional motorsport manufacturer, we have enjoyed being partners with them for a long time.

"They are the right people to help us in terms of developing our endurance operation.

“On my side, back when I was a racing driver I had the chance to race in the Le Mans 24 Hours, which was a great experience with Epsilon Euskadi, the first Spanish LMP1 car. It still is one of my best memories.

“I’m happy I can return this kind of competition now as a team principal. Hopefully we can be another Spanish squad able to write history and dream of Le Mans.”

Formula 3.5 was not AVF's only programme in single-seaters, as the team has also maintained a regular presence in two-litre Formula Renault racing.

This is set to continue in 2018, with AVF among the nine teams selected for the upcoming season of the Renault Eurocup series.