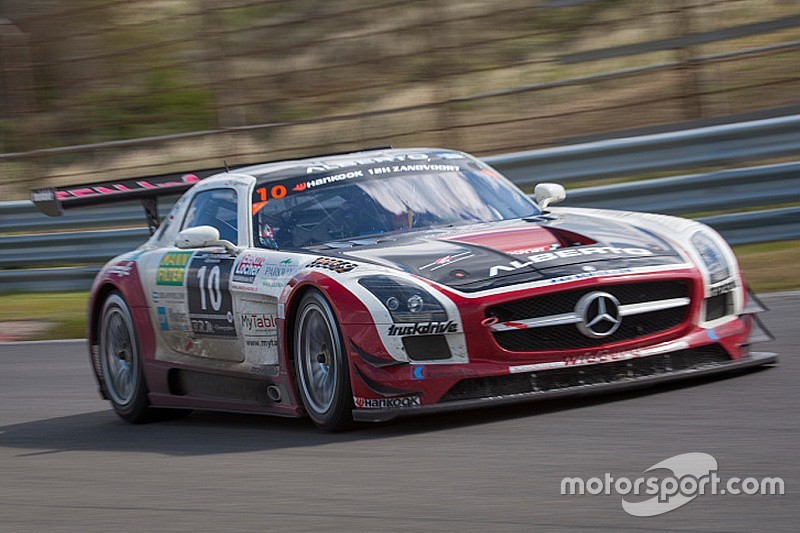 Interest for the race is quite impressive, with 58 cars set to compete and a truly international field with teams and drivers from 34 different countries.

Le Castellet (7 July, 2015) – This week (10-12 July, 2015), Circuit Paul Ricard in Le Castellet in the south of France will be hosting the inaugural Hankook 24H Circuit Paul Ricard. The 24-hour race for GTs, touring cars and 24H Specials marks the start of the second season half of the 2015 24H Series powered by Hankook and the second 24-hour race of the year following the Hankook 24H Dubai. Interest for the race is quite impressive, with 58 cars set to compete and a truly international field with teams and drivers from 34 different countries.

“The huge interest for the fourth round if our season is making us very proud and shows that it was right to include this event into our calendar,” says Gerrie Willems on behalf of Creventic. Together with the Dutch National Racing Team (DNRT), the Dutch agency is the organizer and promoter of the 24H SERIES powered by Hankook.

The inaugural Hankook 24H Circuit Paul Ricard also is the first round of the 24H Series powered by Hankook ever to be held in France, the country with the world’s longest history in motor racing as it hosted the first-ever motor race and the first-ever Grand Prix. The Circuit Paul Ricard itself was opened in 1970 and has hosted all the top categories in motorsport ever since, from Formula 1 and sports cars to GTs and touring cars. Its fluent lay-out, excellent safety facilities and wide run-off areas make the circuit ideally suited for endurance races with huge grids.

The A6 class has ten cars on the provisional entry list, with no less than seven Mercedes-Benz SLS AMG GT3s. The competing Mercedes-Benz teams include Hofor Racing, the winners of the most recent running of the Hankook 12H Zandvoort, plus British outfit Ram Racing, leaders in the A6 Team standings. Scuderia Praha runs its regular Ferrari while Simpson Motorsport is back with its Audi R8 LMS. The 997 class for Porsche Cup cars has an equally large entry with particular interest from French teams, with Ruffier Racing, Le Duigou Racing, Crubillé Sport and Porsche Lorient Racing. The SP2 class has four MARC Cars silhouettes, two GC Automobiles plus some GT machines. The SP3 class includes a Lotus Evora, a Ginetta, a BMW and an Aston Martin, all to GT4 specifications.

Based on the number of entries, the A3T class for touring cars with turbocharged engines is the biggest to date, with eleven teams on the grid. The SEAT Leon Cup Racer is the car of choice here, but two SEAT Leon Supercopa cars, one BMW 135D and two BMW M3s add some variety. The CUP1 class for BMW M235i Racing Cup cars includes three entries. The A2 class looks strong as well with ten cars on the grid: six Renault Clios, two Honda Civic Type Rs, one Peugeot RCZ and one BMW 120D.

“We are quite happy with this good mix of GTs and touring cars and we are particularly pleased to see the number of smaller cars in the A3T and A2 categories increasing again. For us, teams with these cars are just as important as the big GT class teams. To give them some more publicity, we will organise a raffle among the A2 and diesel-powered teams for an onboard camera, to be placed in one of the cars during the race. This will help these teams get more media coverage as well,” Gerrie Willems says.

There will be live broadcasts on Motors TV with a live-stream including commentary throughout the 24 hours. Footage from the onboard cameras will be included in the stream, too. Hankook will again be providing tyres for all competitors while BRM is the official timing partner and also provides the trophies for the overall classification and the various classes. SPAA05 will have its position displays on all the cars and Showtrax and Stand21 will be present with sales and service booths in the paddock area.