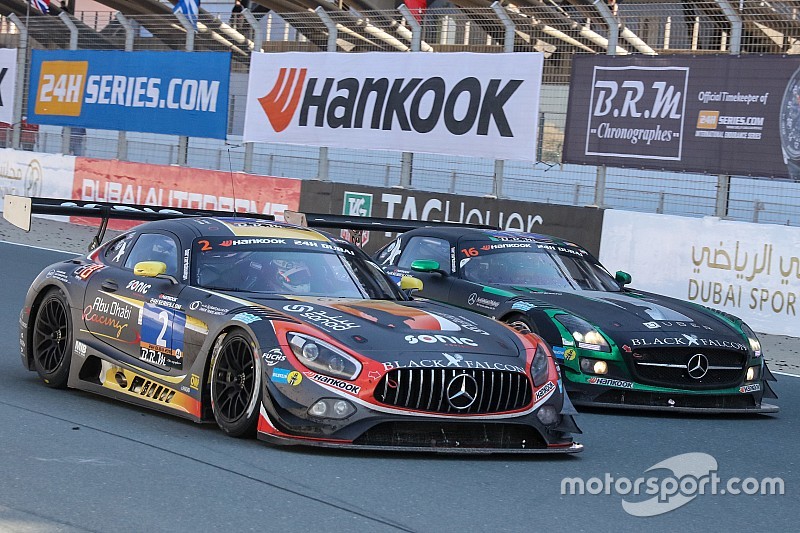 No less than 66 teams will be taking part in the race at the circuit in the beautiful hills of Tuscany.

Mugello – Two months after the season opener in Dubai, action in the 24H Series powered by Hankook finally resumes with this week’s Hankook 12H Italy-Mugello, the second round of this year’s series. There is great anticipation for the third running of the endurance race at the circuit in the beautiful hills of Tuscany.

No less than 66 teams will be taking part in the race, split up into two parts like in previous years: on Friday, the first four hours of the race will be held, with the remaining eight hours to be completed on Saturday. With extensive live broadcasts on Motors TV, live streaming in HD quality on the website and the expert commentary by Radiolemans.com, the first major international endurance race of 2016 in Europe will provide plenty of action with 26 different nationalities represented on the grid.

For the first time in 24H Series history, there will be a Formula 1 Grand Prix winner on the grid as Polish driver Robert Kubica will be taking on his first-ever endurance race. The winner of the 2008 Canadian Grand Prix will be driving a Mercedes-Benz SLS AMG GT3 for Czech team, MP Sports, together with team principal Martin Prokop, whom Kubica got to know in the World Rally Championship. The MP entry will be one of six Mercedes-Benz SLS AMG GT3 on the grid while reigning A6 class teams champions, RAM Racing, will again be racing the new Mercedes-AMG GT3. Of course, the 2015 24H SERIES overall drivers’ champion and Ladies’ Cup winner, Swiss lady racer Chantal Kroll, will be present as well as one of the drivers in the Hofor Racing Mercedes-Benz SLS AMG GT3.

The SPX class includes three Lamborghini Huracán Super Trofeo cars and one Porsche 991 GT America. No less than eleven Porsche 991 Cup cars have been entered in the 991 class while the SP2 class has another six Porsche cars as well as the KTM X-Bow GT4, the Vortex V8 silhouette car and one Audi TTRS2. Two Ginettas, two BMWs, one Lotus and one KTM form the SP3 class for GT4 machinery. The SEAT Leon Cup Racer again is the car of choice in the TCR category with six entries. The A3 touring car class consits of one Honda, one SEAT and two BMWs while the CUP1 class for BMW M235i Racing Cup cars and the A2 touring car class both have two entries, a Mini Cooper S JCW and a Ford Fiesta ST being the two cars in A2.

The race at Mugello marks the debut of Italian company TM Performance, a specialist in performance-enhancing automotive parts, as an official partner and preferred supplier of the 24H Series powered by Hankook. TM Performance will be present with a sales and service booth in the paddock at Mugello Autodrome, just like Showtrax, Stand21, Racing Sportiva and Speedcom. Hankook is the title sponsor and the exclusive tyre supplier of the event, BRM is the official time keeping partner and provides the trophies for the prize-giving ceremony. SPAA05 will provide the LED displays to indicate the race positions of each car in the event.