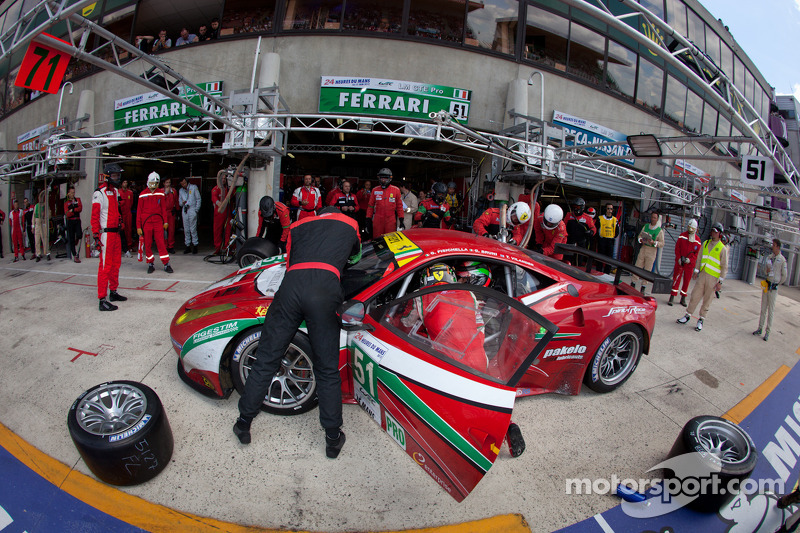 It's always a pleasure to visit the AF Corse team area in the paddock. Aside from a very nice Italian espresso (even at the other end of the world, in Abu Dhabi), the team is always welcoming and Amato Ferrari is always available for a chat.

For the Gulf 12 Hours this weekend, the Italian team has entered a slew of Ferrari 458 Italia GT3s (six in total) to finish the season on a high note - a year that saw the team compete in no less than 13 different championships along with a few one-offs here and there. This busy schedule didn't keep AF Corse from winning the GTE-Pro championship in the World Endurance Championship this year, or the title in International GT Open. Proof that quantity can coexist with quality…

We shined in every championship we participated in.

The story of the year, however, remains AF Corse's 24 Hours of Le Mans experience. The team showed all of their know-how when they rebuilt a Ferrari F458 after qualifying/practice only to win the classic endurance race in the hands of expert drivers Bruni/Fisichella/Vilander. If 2012 was a busy year for Amato Ferrari and his team members, 2013 looks to be about the same.

Laurent Mercier: Amato the winter break will be short this year?

Amato Ferrari: "A break? What break? (laughs). We conclude the 2012 year here at Abu Dhabi before moving on to two 24 Hour races next month (Dubai and Daytona). For this Gulf 12 Hours, we entered six cars, under three different banners, and three cars qualifying in the top five. This race is a great event, with a warm welcome and a quality grid of competitors." 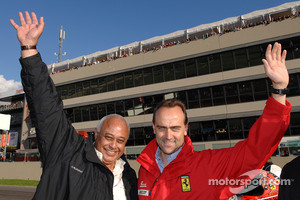 Are the driver squads confirmed for the 24 Hours of Dubai?

"Although there are two cars on the entry list now, only one is confirmed at present. The drivers will be Lorenzo Carvalho and Lorenzo Case. The other drivers will come from the Ferrari Corse Clienti stable."

Let's take a look back at 2012. Satisfied with your season?

"We shined in every championship we participated in. For us, the season was fantastic, whether it be in FIA-WEC, Blancpain Endurance Series or International GT Open, only to mention the primary programs. It was only in the World GT1 Championship where we struggled. And we're very happy with the season that Pecom Racing had in FIA-WEC. It was only our second season in prototypes, and LMP2 is the most competitive.

"We are continuing our participation in the World Endurance Championship with Pecom Racing and drivers Perez-Companc/Kaffer/Minassian. We will also have two Ferrari F458 Italia in GTE-Pro, as well as one or two in GTE-Am. For the European Le Mans Series, we're only planning on running one Ferrari F458 Italia, in GTE, since there will only be one class. That car will be driven by Jean-Marc Bachelier, Yannick Mallegol and Howard Blank, a squad who've been driving together for quite some time. We're not excluding the possibility of entering a car in GTC. The British GT is also confirmed, with one car for now, but a possible second car as well. Of course the Blancpain Endurance Series will also be part of our season, but only in the Pro-Am Cup with three or four cars. We won't be present in the Sprint Series." 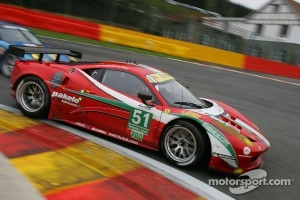 What about the International GT Open?

"We're trying to mount a program to enter several cars while knowing we need to have the most competitive driving squad possible."

The GT category is currently at the center of many debates with a group of people working on its future. It's a good thing?

"The problem with GT3 is that the balance of performance fluctuates a lot. You never know if the car will be competitive. It depends on the type of circuit. I'm not at the center of the debates, and I only follow it through the media. It's more Ferrari themselves who have had this contact with others regarding the future."

In GTE-Pro, Ferrari has an F458 Italia that consumes less fuel than the competition and it's penalized, but the goal is for the cars to consume less fuel. Isn't this a little contradictory?

"Let's just say that this is strange!"

Will we see AF Corse at the 12 Hours of Sebring?

"It's not on our agenda. We will however have one or two cars at the Daytona 24 Hours under the AF Waltrip banner. It's possible that we will compete in six other Grand-Am events, with Rob Kaufmann."