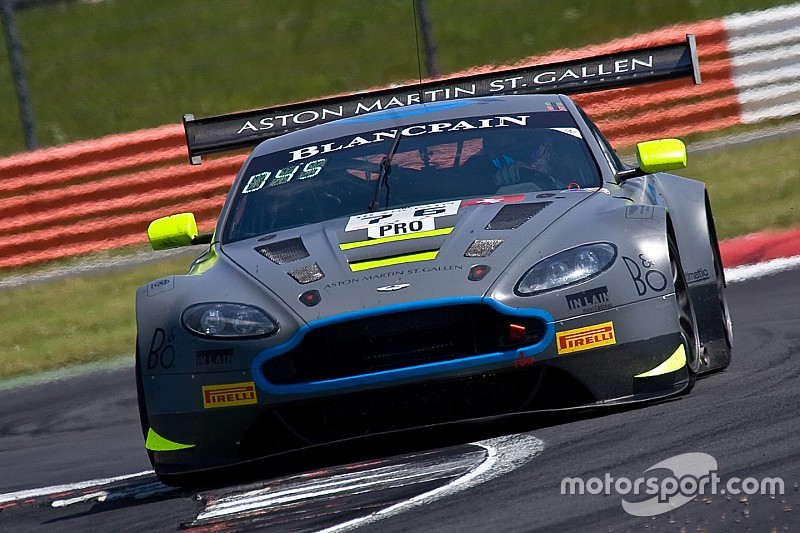 The Niederwil-based squad will field two Aston Martin Vantage GT3s at the round-the-clock race next February, one in the Pro class and one in either Pro-Am or Am.

The race-winning team fields cars for the likes of Marvin Kirchhofer, Maxime Martin, Alex Brundle, Jake Dennis and Nicki Thiim in the Blancpain series, however its Bathurst line-up is yet to be confirmed.

R-Motorsport first competed at Mount Panorama back in 2013 with an Aston Martin GT4 entry, before returning two years later with the GT4 car and a Vantage GT8 that ran in the Invitational class.

“We are glad to be back at the Mountain,” said team boss Dr Florian Kamelger.

“We have entered two Aston Martin Vantage V12 GT3s which proved to be very competitive in the first three races of this year’s Blancpain GT Series Endurance Cup, winning the second round at Silverstone.

“We are looking forward to competing in the Liqui-Moly Bathurst 12 Hour which is certainly one of the most important and challenging GT long-distance races worldwide."

“We are thrilled to welcome R-Motorsport back to Mount Panorama,” said Sakzewski.

“They are a very professional outfit and their success in the Blancpain GT Endurance series this year is proof of that.

“The team has become a regular visitor to Bathurst and they have already had class success in the past. It will be great to watch them challenge for outright victory for the first time.

“Aston Martin’s V12 Vantage GT3 entries are already hugely popular in Australia so we know they will be well supported by our fans.”