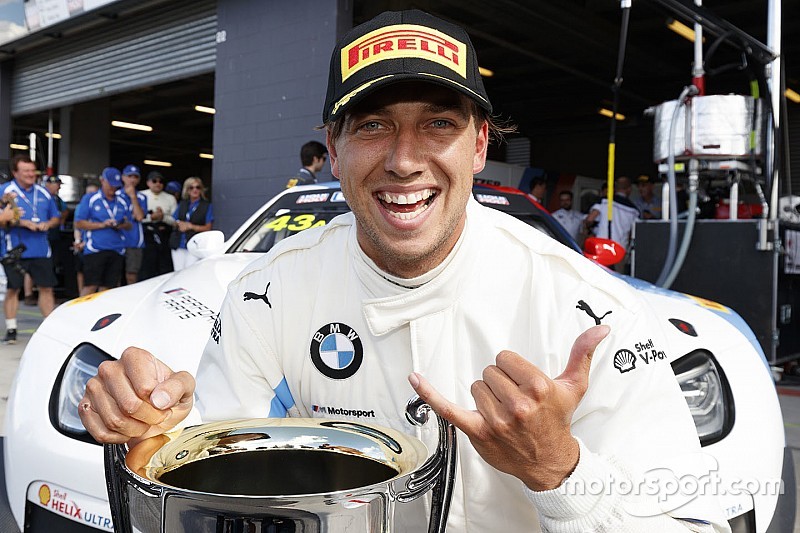 The Supercars frontrunner secured pole for the BMW Schnitzer crew this afternoon with a stunning lap in the Top 10 Shootout to leapfrog provisional polesitter Kelvin van der Linde.

If Mostert is able to convert the pole into victory, he'll become just the second driver to win the Bathurst 12 Hour, Bathurst 1000, and Bathurst 6 Hour triple.

As it stands only one driver has done it: Paul Morris, the man who partnered Mostert to an unlikely 1000 win back in 2014.

Morris' 12 Hour win came way back in 2007 when it was a little-known production car race, before he added the 6 Hour to his CV in 2017, a year after Mostert won the newly-established Easter enduro.

"Paul is the only one who has done it, so it would be cool to be part of that as well and give him a hip and shoulder," said Mostert.

"It would be a dream come true. Any time you win at Bathurst is unbelievable, and if we can win tomorrow – and it's going to be a hard fight – it will probably be up there with the 1000."

Having beat a field of international GT stars to pole position this afternoon, Mostert joked that he was surprised he was even in the Schnitzer M6 for the Top 10 Shootout.

The Queenslander reckons he felt like an 'Aussie bogan' in between DTM stars Augusto Farfus and Marco Wittmann, but when push came to shove was ready to step up and turn the car's pace into pole.

"I've got two superstar teammates; I don't know why they trusted me with the car," he said.

"They're the talents and I'm just the Aussie bogan!

"It's fantastic to take the reigns of the car in the Shootout and do the job for them.

"I didn't think about the pressure too much, I just tried to think about getting the most out to the car. The car has felt amazing since practice this morning, and I think we've got a good shot tomorrow. But there are 99 things that can go wrong, and one that can go right.

"So we need to have a clean race, no mistakes, and see how we pop out the other side."

Having been demoted from provisional pole to second in the Shootout, form Audi driver van der Linde said he's been left with a bittersweet feeling from today's running.

While conceding he lacked the final edge to snatch pole today, he says the Jamec Pem Audi is working in all conditions – and that could be key tomorrow.

"It's bittersweet," he told Motorsport.com.

"The lap felt super good over the top, it was my best sector of the whole week. I was on a good one, but I just didn't nail it in the end.

"There's a lot of positives to take from it, but one place higher would have been a kick for tonight. I think it was a respectable lap, but there just wasn't any standouts – particularly in the last sector. If you want to have pole here, you need to have a standout somewhere.