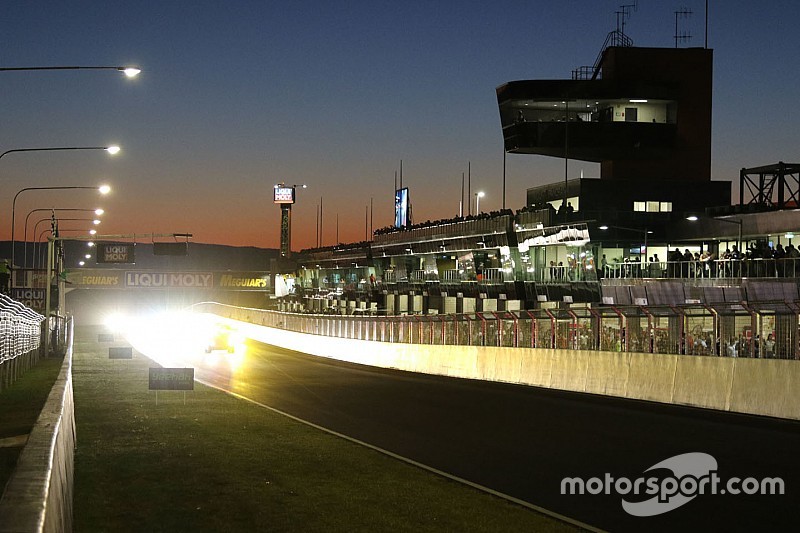 The organisers of the Bathurst 12-Hour race have announced a new seeding system and class structure ahead of next year’s race.

The changes mostly centre around the adoption of the FIA’s driver seeding system, with GT3 competitors to be graded under the international standard for 2016.

That means the drivers will be split between Platinum, Gold, Silver, and Bronze, with currently unseeded drivers needing to apply to the FIA before October 30, 2015 in order to be properly graded before entries close.

Beyond that, the event will continue to use its ‘seeded/unseeded’ format, with Platinum and Gold drivers to be classed as seeded, and Silver and Bronze drivers unseeded.

Other changes include a revised class structure, with cars to now be split across four classes; Class A will cater for GT3 cars (split into Pro-Am and Amateur groups), Class B will be GT3 Cup Cars, Class C will be GT4, and Class I will be for invitational class, which will have a benchmark 2m10s lap-time limit.

The series has also appointed Claude Surmount, the SRO’s technical director, to take up the same role at Bathurst next February.

“Recent changes within the FIA have enabled us to get any driver categorised under the FIA system,” said B12H organiser James O’Brien.

“This change now puts the onus on the driver to get classified by the FIA and reduces the burden on the organising committee. We hope this initiative will result in a more transparent, robust and fairer system all round.

“The event has secured its place on the international GT endurance calendar. However, we aim to continue the event’s growth such that it becomes a ‘blue riband race’ attracting the very best teams and drivers from around the world.”