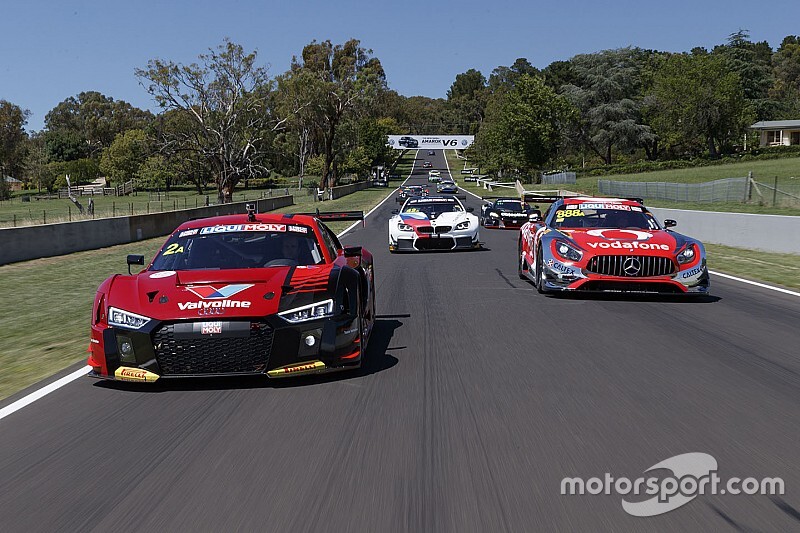 The Bathurst 12 Hour will slim back to a three-day event in 2020, while the now-traditional early February date has been retained.

Having experimented with a four-day format this year, organisers have opted to return to the three-day set-up for 2020, kicking off on the Friday with practice.

That means no active track action on the Thursday, although the street parade concept that was trialled on the Thursday of this year's event is set to return.

The event has also locked in the first weekend of February for the 2020 race, with practice starting on January 31 and the race itself on Sunday February 2.

There had been rumours that the event could move to an earlier January date to avoid clashing with the Australian Open men's tennis final, which is scheduled for that same Sunday after being moved back a week compared to this year.

An earlier date could have also helped facilitate an earlier start to the Supercars season.

Moving it a week earlier, however, would mean a clash with the Daytona 24 that would rule out a number of teams and drivers.

The event will continue to be the opening round of the Intercontinental GT Challenge, thanks to a fresh deal with SRO that covers 2020 and 2021.

“Plans are already well underway for the 2020 Liqui-Moly Bathurst 12 Hour and we are pleased to once again lock in the event’s position at the beginning of the Australian motorsport calendar,” said event director Kurt Sakzewski.

“There will be three days of on-track activity which will be preceded by the return of ‘Town to Track’, which proved hugely popular this year. We are already working with the Bathurst Regional Council to expand on the concept for next year and make it bigger and better than ever.

“Our relationship with the SRO Motorsports Group has been ongoing for some time and it was natural to extend and grow that partnership.

“The growth of the Intercontinental GT Challenge, presented by Pirelli, has been exciting and Bathurst has been part of it since the beginning. Manufacturers see the value in participating in such a global series and continue to do so.

“Next year we are expecting to see new or upgraded models from McLaren, Porsche, Lamborghini and Aston Martin at Bathurst for the first time, plus the potential of other brands yet to tackle Australia’s International endurance race making their debut.”

Pre-sale for tickets and campgrounds will go on sale mid-June, with public sale to start on July 1.

IRL: Nissan to provide engines in 1997