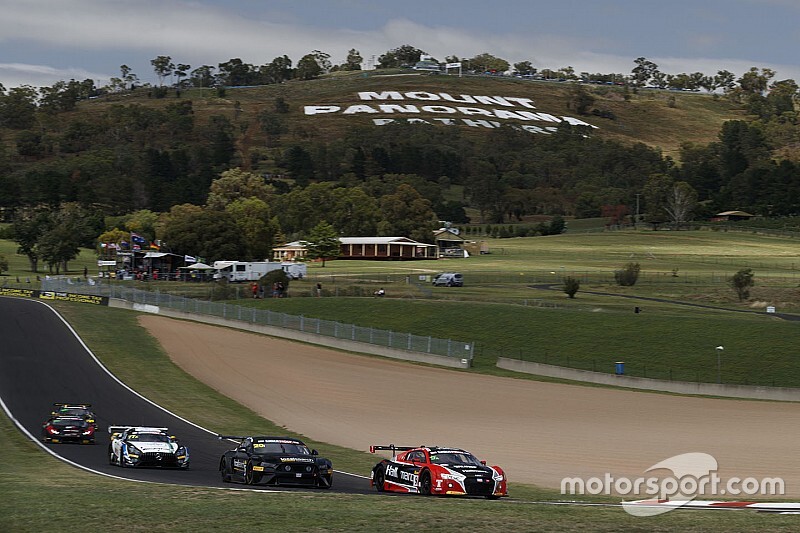 There are currently 40 cars entered for the Intercontinental GT Challenge opener, with the potential for more to be added ahead of action kicking off on January 31.

The 40-car field already includes 34 Class A entries, an event-high since GT3 regulations were adopted a decade ago.

Other single Pro entries include JAS Motorsport giving the Honda NSX GT3 its Bathurst debut, and AF Engineering doing likewise with the McLaren 720S along with a Class A Silver entry.

Gruppe M will run two Pro Mercedes as Triple Eight expands its operation to include a Pro AMG and a Pro-Am AMG.

“This is a field as competitive and deep as any GT race in the world and represents the truly global nature of the Liqui-Moly Bathurst 12 Hour," said event manager Kurt Sakzewski.

"As we saw in 2019, we think this field represents a great balance between having a strong field and depth to have a clean and highly-competitive race.

“Teams from Asia, Europe, North America and of course Australia will participate and will represent 11 different GT3 manufacturers for the first time in the history of the event. The addition of the Honda NSX, in particular, has attracted enormous attention while the addition of the latest-generation cars we’ve yet to see at Bathurst will make for a very different looking grid this year.

“We are still fielding enquiries from teams putting programmes together so there is every chance that this list will grow further prior to the event.”

Switching Class B from Porsche Carrera Cup to Lamborghini Super Trofeo is yet to yield an entry, with the non-GT3 field currently limited to a pair of GT4s in Class C and a quartet of V8-powered MARC cars in the Invitational class.