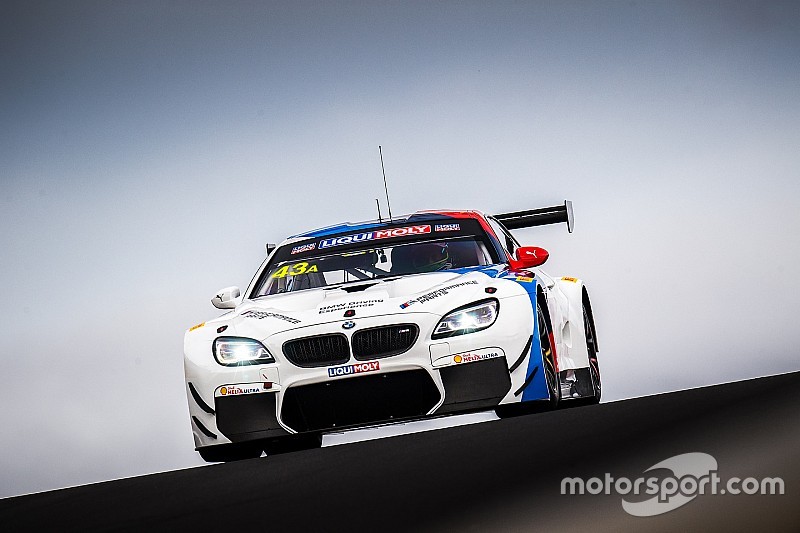 After topping this morning's opening session, Farfus wasted little time getting down to business second time around. The Brazilian jumped to the top with a 2m03.473 midway through the 45-minute hit-out, that time good enough to leave the Schnitzer BMW he'll share with Chaz Mostert and Marco Wittmann on top once again.

Not by much, though. With a little over 10 minutes to go Kelvin van der Linde went very close to knocking the BMW off top spot, falling just 0.04s short of Farfus' time in the #22 Audi Sport entry.

Laurens Vanthoor led the way for Porsche in the #911 Manthey car, going fifth fastest, while his brother Dries was one spot back in the #37 WRT Audi.

Best of the Pro-Am cars was the #12 Competition Porsche (David Calvert-Jones/Patrick Long/Matt Campbell/Alex Davison) in seventh, with the #56 (Maximilian Buhk/Maximilian Goetz/Alvaro Parente) Strakka entry the best of the Mercedes in eighth.

Craig Lowndes made late gains in the #58 YNA McLaren to finish up ninth, with the Pro-Am #8 STM Mercedes (Craig Baird/Max Twigg/Tony D'Alberto) rounding out the Top 10.

The #23 Carrera Cup Asia Porsche led Class B again, the #30 Boat Works M4 GT4 topped Class C, while Will Brown was both fastest in the Invitational class and inside the Top 20 outright in the #91 MARC II entry.