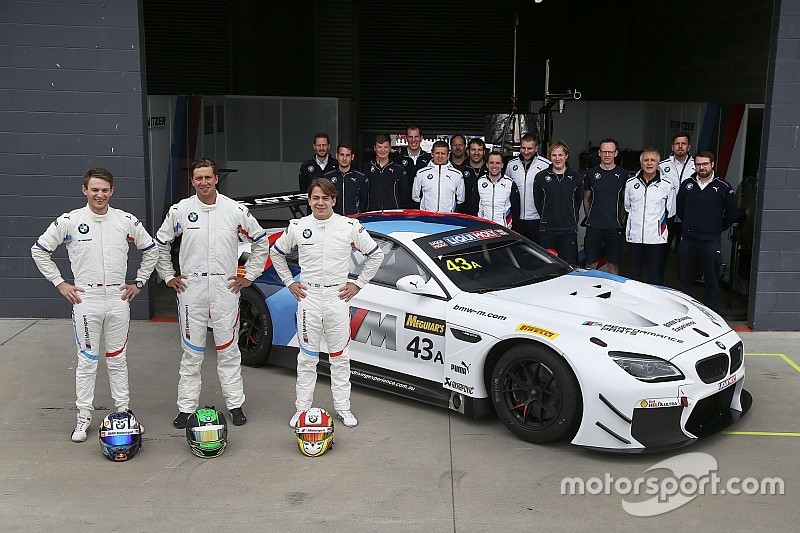 Bathurst rookie Augusto Farfus made a blistering start to the Bathurst 12 Hour weekend by topping the first open practice session.

Times dropped dramatically throughout the opening half of the 45-minute session, going from the late 2m09s right down to a 2m04.149 set by Audi driver Robin Frijns on the 23-minute mark.

The next step came with 12 minutes to run, Supercars star Garth Tander lowering the benchmark to a 2m03.836s in the Audi Sport R8.

Just when that time looked unbeatable, and an Audi 1-2-3 was on the cards, DTM regular Farfus stormed to the classy end of the timesheet with a 2m04.490s. He then went on with it, putting the M6 he'll share with Chaz Mostert and Marco Wittmann on top with a 2m03.695.

The #22 Audi finished second thanks to that time from Tander, while the SRM M6 capped off a solid opening session for BMW with a 2m03.987s for Steve Richards/Philipp Eng/Timo Glock.

Fourth outright and first of the Pro-Am cars was the #777 International Audi of Andrew Bagnall, Matthew Halliday, and Johnny Reid, closely followed by another Pro-Am car in the YNA McLaren (Fraser Ross/Scott McLaughlin/Andrew Watson/Alexander West).

That earlier time from Frijns was ultimately only good enough for sixth for the #37 WRT Audi, leading the #777 Buik Lamborghini and the #11 Objective McLaren.

The #75 SunEnergy1 Mercedes was ninth fastest, while the #74 Audi Sport entry rounded out the Top 10.

In terms of classes, the #23 Team Carrera Cup Asia Porsche led Class B, the BMW Team SRM M4 was fastest in Class C, and the #91 MARC II entry was best of the Invitational class.