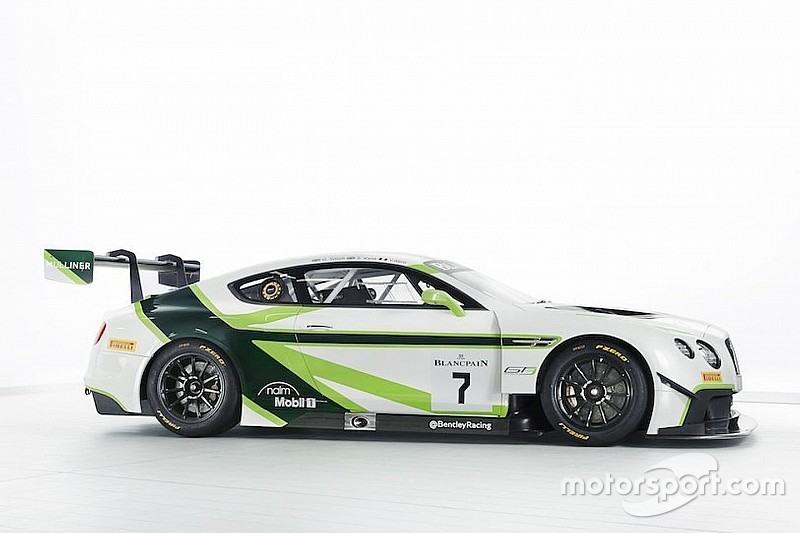 Australian David Russell will join Bentley Team M-Sport for the 2016 Bathurst 12 Hour, it was today confirmed.

The British squad will field two Continental GT3s at Mount Panorama next month, with Nissan V8s enduro driver Russell teaming up with Maxime Soulet and Andy Soucek in one, and Brits Guy Smith, Steven Kane, and Matt Bell in the other.

“We return to Mount Panorama looking to get the podium result that we so narrowly missed out on last year,” said Bentley's Director of Motorsport Brian Gush.

“As with any new event for the team, we went there looking to learn as much as we could so we could go back better in year two.

“Our line-up is very strong and David Russell’s experience here should help us immensely, so we’re feeling quietly confident.”

Russell added that being signed by Bentley is a special moment in his career.

“It is a major highlight of my career to join such a prestigious and successful international GT team as Bentley Motorsport,” he said.

“Having visited the team in action at the Spa 24 Hour last year and during my test day at the Sepang 12 Hour last month, Bentley Motorsport is an outstanding operation that competes to win.

“It is a privilege to be the team’s sole Australian driver at Bathurst, where I have enjoyed some great races over the years in sportscars, V8 Supercars and in production cars.

“I will be doing all I can to help deliver Bentley a historic first Bathurst victory in February.”

The race is on: 24H Dubai underway