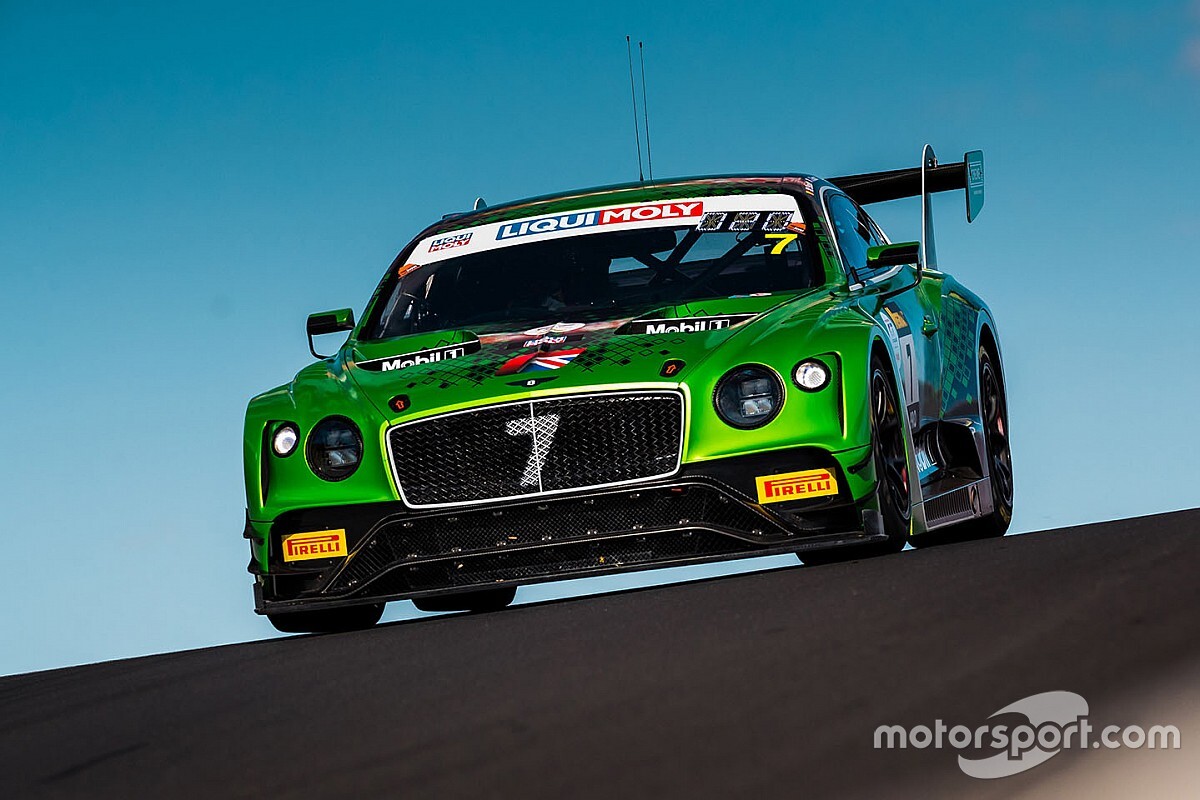 Bentley has called time on its factory race programme with the M-Sport team in this year's Intercontinental GT Challenge with immediate effect.

The axing of the two-car IGTC effort after victory in the season-opening Bathurst 12 Hours in February is the result of multiple factors, according to Bentley motorsport director Paul Williams.

He explained that a shift of emphasis in Bentley's GT3 programme with the second-generation Continental developed by M-Sport towards customers teams and the effects of the COVID-19 pandemic resulted in the decision.

Williams revealed that the cancellation of the Suzuka 10 Hours in August and concerns about the viability and safety of international travel over the second half of this year played roles alongside the financial implications of the world health crisis.

"The fact is that the factory programme is not the biggest priority for us," Williams told Motorsport.com.

"When you have to make a choice, it is an easy choice - the priority is our customers."

He added that the disappearance of the Suzuka race, which he described as "a huge event where we get the best engagement with our customers", had been an important consideration.

The cancellation of the Japanese event means that the next IGTC round is due to be the US round at Indianapolis at the start of October, which will be followed by the rescheduled Spa 24 Hours later that month and the Kyalami 9 Hours in November.

Williams stressed that the decision to end the factory race campaign with M-Sport covered the 2020 season only.

"I still have the desire and the intent to carry on with a factory programme in the future, although we will be more and more focussed on customer racing rather than works racing," he said.

"But we don't have the final decision on what form that will take."

The latest move follows a scaling back of M-Sport's programme for 2020 ahead of the season.

The team had competed in the Blancpain GT Series, now known as the GT World Challenge Europe, every year since the first full season of the Bentley GT3 programme in 2013, but was only scheduled to compete in the five IGTC rounds this year.

The change in emphasis at Bentley followed Williams taking over the role as head of motorsport at the British manufacturer on the retirement of Brian Gush, the architect of the GT3 programme, at the end of last summer.

Bentley is offering more assistance to its customer teams in 2020 than in previous seasons.

Max Soulet and Jordan Pepper, who claimed the victory at Bathurst together with Jules Gounon, are due to race with the US K-PAX team in the Endurance Cup segment of the GTWCE when it kicks off at Imola next month.

French squad CMR (Classic & Modern Racing) is due to be loaned Gounon for the GTWCE Sprint Cup and Seb Morris for the enduros.

Bentley is also running a young driver programme in the GTWCE this year together with Team Parker Racing.

Frank Bird, Nicolai Kjaergaard and Euan McKay will race under the Bentley Motorsport Academy banner in the silver cup class of the GTWCE Endurance Cup.

Oliver Jarvis and Alex Buncombe, who were teamed with Morris in the IGTC, are the other full factory drivers on Bentley's books.

Williams said that it is unlikely that Jarvis will race a Bentley again this year because of his IMSA SportsCar Championship commitments with Mazda, but he raised the prospect of Buncombe being loaned out to customers.

A total of 12 Continental GT3s spread between eight customer teams are due to represent Bentley this year.

Williams revealed that there is the possibility of another team joining that roster.

WRC looking at ERC rounds to top up depleted calendar