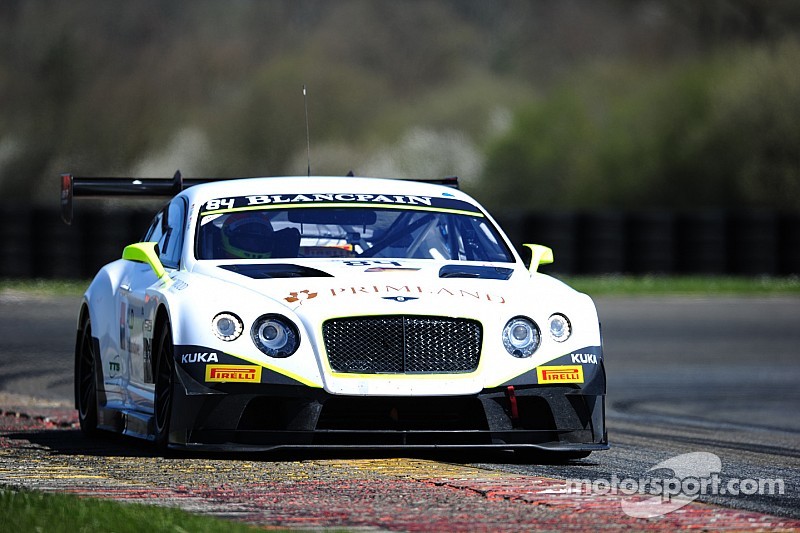 Bentley Team HTP is facing perhaps its biggest challenge of this season. This coming weekend, (May 14 to 17) the team starts at the longest and most difficult track in the world with its first 24-hour race with the Bentley Continental GT3. For the race twice around the clock in the “green hell”, Bentley Team HTP can rely on a proven driver line up of experienced Nordschleife experts and endurance specialist.

Christopher Brück (D) and Marco Seefried (D) will team up with Harold Primat (CH), who was part of last year’s HTP Nürburgring campaign and Clemens Schmid, who is part of HTP´s Bentley Junior Team. Bentley Team HTP will start the 24h Nürburgring on Pirelli tires.

Bentley debut at the Nürburgring 24 hour

Bentley Team HTP has prepared intensively in recent months for its first 24-hour race with the Continental GT3. Since March, the team has taken part in several tests and races at the Nordschleife in order to prepare for one of its most important races of the season. While this weekend marks the debut of Bentley at the Nürburgring 24-hours, HTP Motorsport has had success there in the past. Since 2011, HTP has scored three top-10 finishes in as many starts, including one podium.

“Our preparation in the past weeks has been sustained and intense, but this is one of the races where you can never prepare enough”, Bentley Team HTP team Principal Norbert Brückner says. “There are always changeable and unpredictable conditions at the Nürburgring, so I’m glad we can rely on Pirelli as an excellent tire partner and have four experienced drivers onboard. I hope that we will stay out of trouble, then a good result should be possible.”

Marco Seefried: "During the test race, the car made a good impression. One factor will undoubtedly be the weather as in mid-May you have always some surprises. Besides that, we must not forget that the Bentley is still a rather new car, and this is only its second 24-hour race. The most important thing will be that we have a trouble free race. Then I am sure we will achieve a good result.”

Clemens Schmid: “This weekend will be my first 24-hour race at the Nordschleife, but it’s not my first endurance race. Our testing went well and our aim is to finish in the top-10. If we have a trouble free race, I’m quite sure it is realistic that we achieve this goal.”