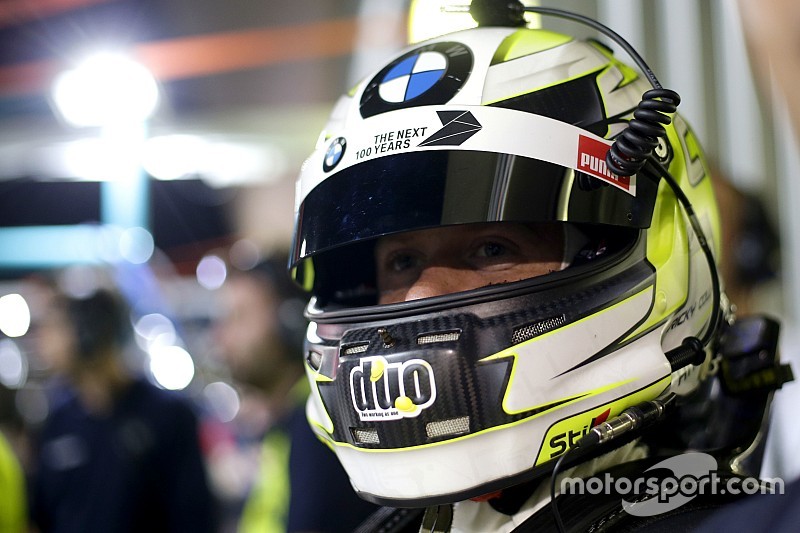 Three BMW drivers will make their debuts in the Bathurst 12 Hours race in early February in the #99 Walkenhorst Motorsport entry.

The car will sport a commemorative BMW Junior Team livery for the 40-year anniversary of the programme.

Muller, 47, has been part of the BMW set-up since 1999, while Collard and Menzel entered the marque's junior programme last year.

Collard, son of BTCC driver Rob, was runner-up in UK open-wheel categories MSA Formula and British F3 in the past two years, whereas Menzel got his break after establishing himself at the front in Porsche Carrera Cup Asia, which he won in 2016.

"I gained some experience at the wheel of the BMW M6 GT3 during the last VLN season – the Nordschleife is the best, and the toughest, way to get to know a car," Menzel said.

"Now the long winter break is over and I have just finished my high school exams, so I am really looking forward to an Australian adventure.

"Racing in Bathurst is a real highlight at this stage in my career."

Collard said: "It is a dream to be able to compete in the BMW M6 GT3 in Bathurst. I have not yet raced [the car]. Nonetheless, I hope that I can help the team with my speed."

Covers come off factory Nissans ahead of Bathurst