BMW loses the lead as N24 passes half distance 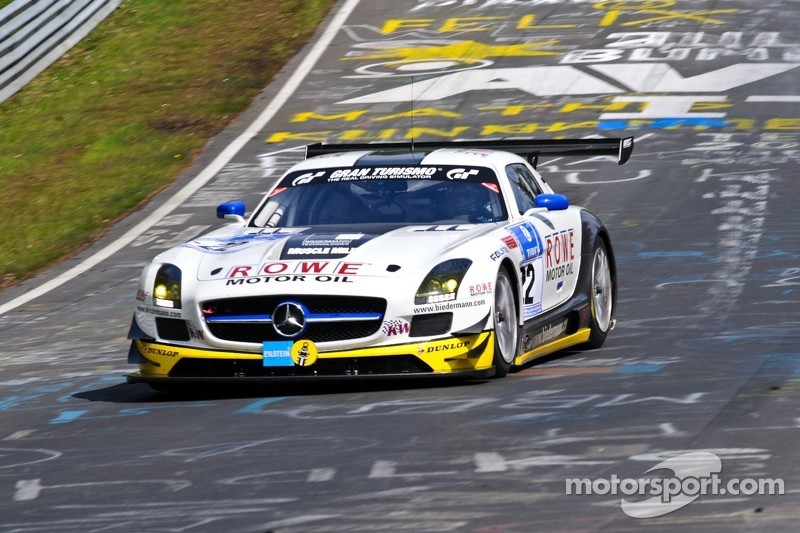 “I don't think anyone is going flat out right now, everyone is just keeping up their pace and watching the others to see who will make a mistake or have a problem first.” Those were the words of one of the #2 Team Phoenix Audi R8's drivers, Rene Rast, as the Nurburgring 24 Hours entered its 10th hour.

Within two hours of him saying it, that first problem among the leading group appeared and his car was promoted to first place overall. The #19 BMW, the effective race leader since the start of the race at 4pm on Saturday, was wheeled back into the garage and worked on furiously by the Team Schubert mechanics for an hour, putting it five laps down in 19th place and out of contention for a win. A broken driveshaft was the culprit, though the team also took the opportunity to replace other components on the rear axle, including the brakes, as a precaution. 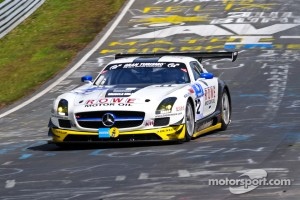 What's more, not only did the #2 Audi inherit the lead, it also became the first car to retain the lead having done a routine pitstop. It now has a lead of roughly 21 seconds over the Rowe Racing Mercedes SLS of Klaus Graf and his team-mates in second, while the #20 Schubert Racing machine of Claudia Huertgen/Dominik Schwager/Nico Bastian/Dirk Adorf is now upholding works BMW honour in third.

Fourth is the former race-leading #65 Hankook-Heico Mercedes SLS, while Manthey Porsche now has a double presence in the top 10 – with the #10 (Holzer, Tandy, Long and Bergmeister) and #11 (Lieb/Lietz/Luhr/Dumas) cars running fifth and ninth respectively.

Down the field, the #007 Aston Martin spent yet more time in the garage, while the #4 WRT Audi R8 has now fallen out of the overall top 10 after pitting twice in quick succession as the team's mechanics attempted to repair accident damage. This phase of the race has also brought the first rain of the event, and unfortunately it claimed a victim in the shape of the #44 Falken Porsche 911, driven by ALMS regular Wolf Henzler along with Peter Dumbreck, Martin Ragginger, and Sebastian Asch. A brief shower in the vicinity of Flugplatz caught Asch out and he hit the wall.

Also out of the race is the only Ford GT entered, the #777 H&R car, due to terminal gearbox damage. There was better news for the #1 P4/5 Competizione which has continued to climb up the field and now lies 16th overall.

BMW still in control after nine hours at The Ring

Lead changes again as rain falls at The Ring