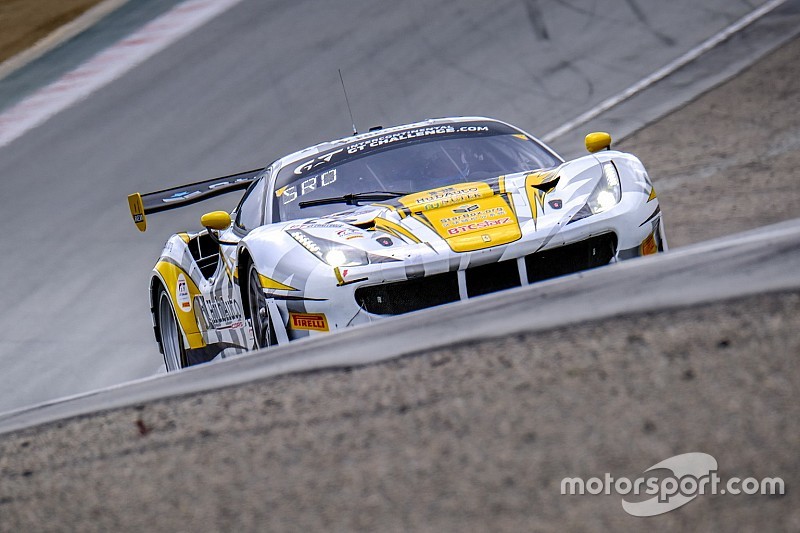 The KCMG Nissan GT-R of Alex Buncombe, Kastsumasa Chiyo and Joshua Burdon led the opening hour of what would turn out to be a caution-free race, after Buncombe deposed the polesitting Acura NSX of Mario Farnbacher on the first lap.

Molina’s Ferrari 488 then also passed Farnbacher, and assumed the lead when Buncombe pitted the GT-R. However, thanks to a slow stop from KCMG, the Ferrari retained its lead until it too had a tardy stop, which allowed the Park Place Motorsports Porsche 911 GT3 R of Romain Dumas, Mathieu Jaminet and Sven Muller to hit the front.

But it was another Porsche, that of Wright Motorsports, which was in command at half-distance, until Dirk Werner pitted the car with terminal gearbox problems.

That DNF briefly left the Schnitzer BMW M6 of Augusto Farfus, Chaz Mostert and Martin Tomczyk in the lead, but a drive-through penalty for Mostert after contact with the Land Motorsport Audi dropped it back to fifth at the checkered flag, one lap down.

Up front, Foster won the race by 12.5sec ahead of the GruppeM Mercedes of Buhk, Gotz and Marciello, and the Park Place Porsche.

The Audi Sport Team WRT R8 of Dries Vanthoor, Frederic Vervisch and Christopher Haase clinched fourth, the last car on the lead lap, but around a minute down on the leader.

The factory NSX shared by Farnbacher, Renger van der Zande and Bertrand Baguette went behind the wall for front suspension repairs after six hours and was classified 13th.

ARC Bratislava’s Lamborghini Huracan was the sole GT Cup entrant and finished 24 laps down on the winner after hitting several problems and even stopping on track at one point.

But it was still seven laps ahead of the GT4 cars, led by the PF Racing Ford Mustang of Jason Pesek, Jade Buford and Chad McCumbee and the Jorgensen/Strom BMW M4 of Daren Jorgensen, Brett Strom and Jonathan Miller.

Aside from the Wright Motorsports 911, the other two DNFs were the Bentley Team M-Sport Continental of Jordan Pepper, Steven Kane and Jules Gounon, which was struck by gearbox issues, while the all-star lineup of Gary Paffett, Tristan Vautier and Lewis Williamson in the Strakka Racing Mercedes AMG GT3 suffered steering problems.