The increased competition of this years’ field was in evidence with the top ten cars covered by just 1.7 seconds across Friday's three sessions.

A Stunning new livery may have camouflaged the Maranello Motorsport Rosso Ferrari from the remainder of the field en route to setting the fastest time in practice for the Liqui-Moly Bathurst 12 Hour, today at Mount Panorama.

On a day where dealing with the traffic of a 50-car field was the biggest issue, the Italian supercar avoided other cars for one clear lap and lapped the 6.213km circuit in 2m08.5414s this afternoon – the quickest time of a highly competitive day. 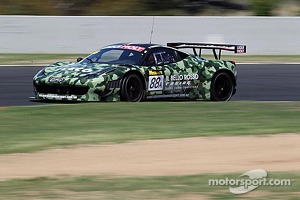 Simonsen says last year’s quickest car in the race will also have the capability to go the distance in 2013.

“Obviously the team has had a full year of GT Racing, and we've learnt a lot more about the car,” he said.

“I think we know a lot about the car, and also from the Ferrari side there are a lot of updates that have come to the car which hopefully will keep us going for twelve hours.

Looking at the other twenty four and twelve hour races that have been with the Ferrari 458 it's proven to be a very reliable car.

“So I think if we can continue with the speed we had last year, and a bit of luck, hopefully the race can be ours this year”.

“I've been watching a lot of YouTube videos from Allan and other guys and they just don't do any justice to this place,” Salo said.

“It's unreal when you see it in person. The circuit is just something, I've never seen anything like it, it's probably one of the most difficult I've seen ever”. 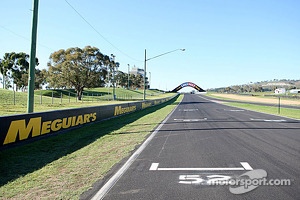 “There aren't any point that stands out; it's just the middle of nowhere. It's just the whole circuit is absolutely perfect, it's really good. It's nice, there's no single place that is any better than the other”.

Craig Baird piloted the Clearwater Racing Ferrari he will share with Irish factory Ferrari ace Matt Griffin and Mok Weng Sung to third, only 0.1009s from the quickest time.

The increased competition of this years’ field was in evidence today with the top ten cars covered by just 1.7 seconds across today’s three sessions.

Two-time Bathurst 1000 winner Steven Richards put the brand-new Lamborghini Gallardo LP650 to sixth, only mere hundredths of a second ahead of the identical car entered by Roger Lago, David Russell and Peter Kox.

The VIP Petfoods GT3 R of Tony & Klark Quinn and Shane van Gisbergen were eighth, ahead of the #36 Erebus Motorsport SLS of Bernd Schneider, Thomas Jager and Alex Rollof.

Cousins Alex and James Davison, teaming with ex-pat US-based Aussie David Calvert-Jones ended the day 16th quickest and fastest of the strong Pedigree Class B (GT3) pack, one second up on their rivals in the Hunter Sports Group Porsche.

After years of trying to get his car in the race, Sydney privateer Mal Rose ended the day 23rd in his ex-V8 Supercar, topping the Meguiar’s Invitational class.

Saturday is qualifying day on the Mountain, with two sessions to decide the grid for Sunday’s Liqui-Moly Bathurst 12 Hour.