Class victory for Audi in Australia 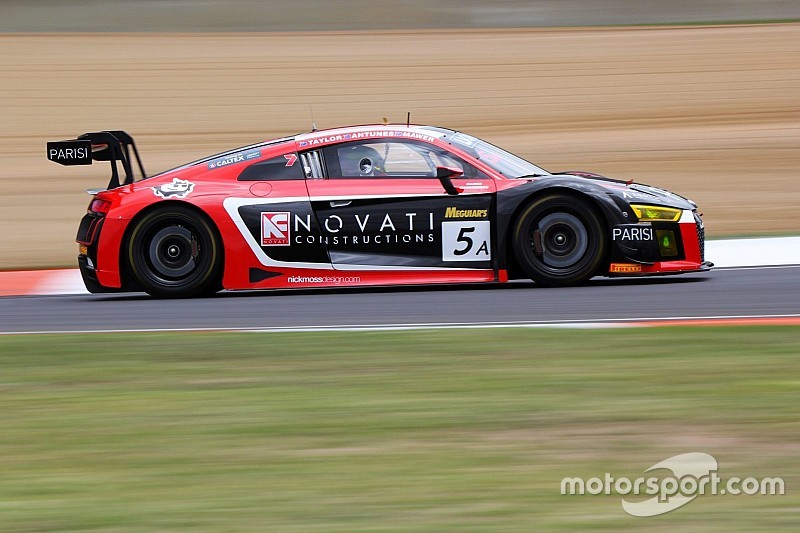 Three Australians celebrated class victory at their home round: Nathan Antunes and his two compatriots Barton Mawer and Greg Taylor.

The Australian privateer team GT Motorsport instantly won the amateur classification of the Bathurst 12 Hour on fielding the new Audi R8 LMS for the first time. Meanwhile, Phoenix Racing (Germany), like last year, was battling for a podium result, but Alex Davison/Laurens Vanthoor/Markus Winkelhock (AUS/B/D) remained without a real chance at Mount Panorama.

Three Australians celebrated class victory at their home round: Nathan Antunes and his two compatriots Barton Mawer and Greg Taylor won on the legendary Bathurst circuit with a large advantage. All three contested a race in the latest generation of the Audi R8 LMS car for the first time and saw the checkered flag with a three-lap advantage.

“Sincere congratulations on this superb achievement,” said Romolo Liebchen, Head of Audi Sport customer racing. “This success demonstrates how well our concept is suited for customers around the globe. In sixth place of the overall classification, they proved their prowess in the field of 21 GT3 race cars.”

Phoenix Racing had no chance of clinching another podium success due to the rating of the race car. Ernst Moser’s squad that had won at Mount Panorama in 2012 remained within striking distance up to the final stage with its driver trio Davison/Vanthoor/Winkelhock due to strong driving performances and clever pit stop tactics but, in the end, had to settle for fourth place. “We would really have liked to battle for a podium place,” Ernst Moser said regretfully. “But, in view of the current handicap, that’s impossible.”

Another Audi customer team saw the checkered flag in the endurance test on the famous roller-coaster track in Australia as well: International Motorsport in the proven Audi R8 LMS ultra finished in position eleven and thus in third place of the amateur classification.