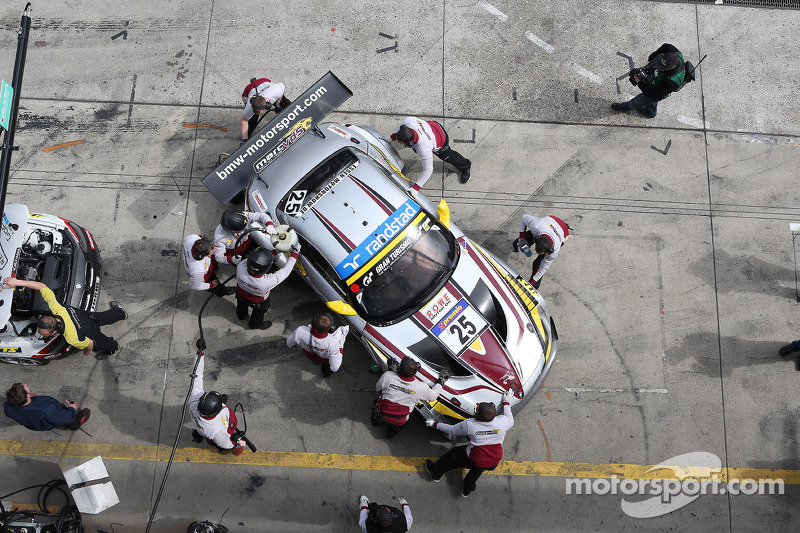 Marc VDS suffered a disappointing night at the 24 Hours of Nürburgring.

Nürburgring, Germany – BMW Sports Trophy Team Marc VDS suffered a disappointing night at the 24 Hours of Nürburgring, as both cars were forced to retire due to accidents.

After an earlier drama caused by oil on the track, the #25 BMW Z4 GT3 of Marco Wittmann, Maxime Martin, Jörg Müller and Uwe Alzen was making ground quickly. The car was running in the front group when Wittmann was hit from behind by another competitor just before 01:30. Though he attempted to bring the car back, it was in vain and the car was retired, beyond repair.

Having run in the lead before a throttle issue lost the car 36 minutes, #26 with Bas Leinders, Markus Palttala, Dirk Adorf and Nick Catsburg was one of the fastest cars on track. However, shortly before 02:00, Leinders suffered an accident exiting the Little Carussel turn and the car was too badly damaged to continue.

Marco Wittmann, BMW Z4 GT3 #25: “It’s difficult to say exactly what happened. I was hit from the right rear, and then I hit the guardrail. After that, the car was too damaged to continue. It’s a shame because we had great pace, and even after the trouble at the beginning we were fighting back into a good position. We were in the leading group. Performance wise, we were really strong. I’m just disappointed that we lost both cars in the night time, for the team – they worked so hard for this.”

Bas Leinders, BMW Z4 GT3 #26: “I was behind two Mercedes on the track. I tried to pass one of them, because he made a mistake. The track here goes slightly to the left, and then suddenly we come across two slower cars in the track. I ended up on the grass and there was nothing I could do, I hit the barrier. It’s very disappointing for everyone in the team, and for BMW Motorsport too. We had a great preparation, we could not have done anything else in the build up. At the Nürburgring anything can happen, and unfortunately today it was cruel.”

Marc van der Straten, team owner: “The technical team did a fantastic job preparing for this ultra-difficult endeavour. But a team cannot control every aspect of the race, and today we suffered the cruel side of motorsport. Of course, we will be even stronger in the future. We would have loved to achieve BMW’s 20th victory here at the Nürburgring but this year, it was not to be.”

Nissan survives the longest night at the Nurburgring

Gallery: Red Bull’s new RB16 up close and on track