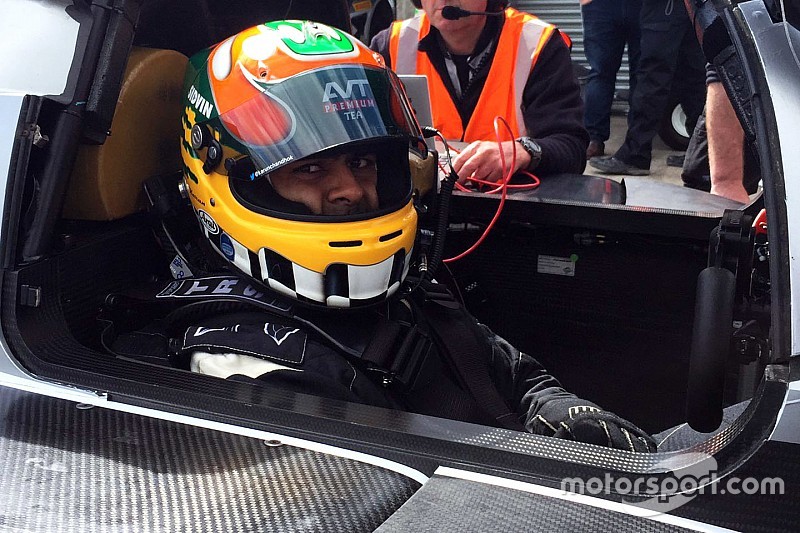 Driving for T-Sport alongside Steve Tandy, Chandhok made a successful return to racing yesterday, finishing on the podium.

While a rostrum remained out of reach in the final race of the weekend, the Indian finished in a creditable fourth place.

As was the case in Race 1, Tandy drove the T-Sport Ligier JS P3 in the opening stint, retaining his eighth place grid slot despite two safety car interventions in the first 15 mins.

When the pit lane was opened after 28 minutes of racing, Tandy immediately made the mandatory stop, passing on the driving duties to Chandhok.

Some quick work by the mechanics worked their way, with the Indian emerging out of the pits in sixth place, but someway behind the top-five runners.

Aware that the gap was too big to bridge, Chandhok settled in sixth position, instead switching his focus on the chasing pack behind.

However, luck would favour the Indo-Brit in the final quarter of the race, promoting them up up to fourth place.

Firstly, Bob Berridge was handed a stop/go penalty, dropping him outside of contention. Thereafter, Andrew Evans went off in the final 10 minutes, an incident which brought the race to an early halt.

At the front, Team West Tec duo of Colin Noble and Alasdair McCaig bagged their second victory of the weekend, with United Autosport’s Tony Bell and Matt Wells securing the runner-up position.

The podium was completed by Richard Dean and Sarah Moore.

Although Chandhok’s plans for the rest of the LMP3 cup season is unclear, he will be racing at Spa and Le Mans rounds of World Endurance Championship with Tockwith Motorsport.

Alex Tagliani to race a Ligier in FRD LMP3 Series